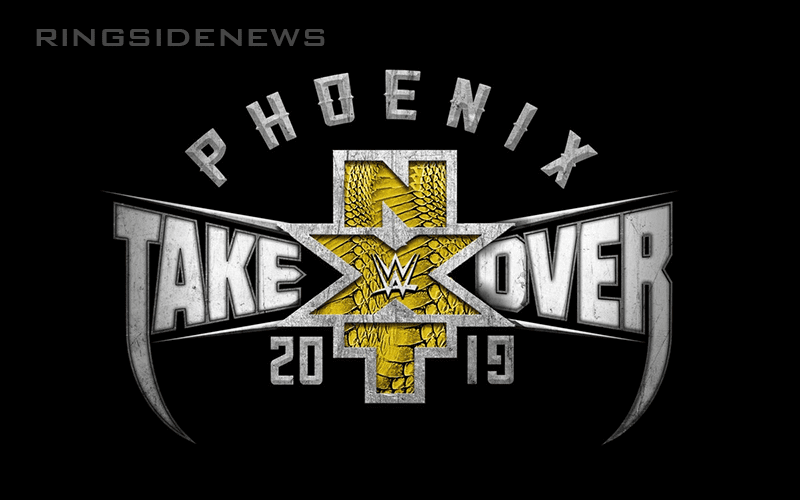 The headline bout on tonight’s show is the NXT Championship match between Tommaso Ciampa and Aleister Black. This feud reignites the rivalry between Black and Ciampa, which culminated almost one year ago with Ciampa defeating Black on NXT TV for the Championship. Now we’re back and Black has his opportunity to regain the title in Phoenix, Arizona.

The second big match tonight is the North American Championship between Ricochet and Johnny Gargano. The two former allies turned into enemies when Gargano superkicked Ricochet and began taunting and teasing the Champion. This match could very well steal the show tonight.

The other matches on tonight’s card is Shayna Baszler Vs. Bianca Belair for the NXT Women’s Championship, The Undisputed Era Vs. The War Raiders for the NXT Tag Team Championships, and Matt Riddle Vs. Kassius Ohno. Join the conversation for tonight’s show by following us on Instagram and downloading the Ringside News app. Enjoy the show!

The pre-show panel consists of Charly Caruso, Sam Roberts, and Pat McAfee. The panel promote the WWE Network and tomorrow night’s Royal Rumble. They throw it backstage to Sarah Schreiber, who will be giving out the Year End Awards throughout the kick-off show.

The first match we see a hype video for is Johnny Gargano Vs. Ricochet for the North American Championship. Sam Roberts says the story of Johnny Gargano is that he comes to TakeOver events, has the best match every time, but loses every time. So tonight he needs to be better than that. Pat McAfee says Gargano puts on a show everytime he comes into the arena, and tonight Johnny Focused will win.

Tonight, @PatMcAfeeShow thinks we should be calling him #JohnnyFocused! #NXTTakeOver pic.twitter.com/z2zt8acAv2

They throw it back to Sarah Schreiber for the Breakout Star of the Year Award, and the winner is Ricochet. The North American Champion steps into the picture, wearing a sweet suit and donning the belt. Schreiber gives him the award and asks him how he plans to follow-up his breakout year in NXT. Ricochet says he plans on starting off the year how he finished, and aims to show the fans tonight why he is the North American Champion.

After a few promo’s and commercials, it’s time to dish out the Match of the Year Award, which is given to Johnny Gargano Vs. Andrade Cien Almas. Gargano says him and match of the year kind of go hand-in-hand. Before he says much however, Zelina Vega appears holding the same award as Gargano, and she says the reason the match won the award is because Andrade was in it. She reminds Gargano that he didn’t win and says his ego is out of control. She asks what Gargano has done since, considering Andrade is beating Rey Mysterio on SmackDown Live. She says he’s been Johnny TakeOver, having great matches but coming up short, and beating people up in parking lots. She says 2018 may have been the year of Johnny TakeOver, but 2019 is the year of Tranquillo. She walks away and Gargano says that she was right, but tonight he will have another match of the year, and the result will be different. Back with the panel and Sam Roberts says Gargano is proud of being a loser, then says if Johnny were Batman, Gotham would be run by the Penguin.

The next match to be discussed is Matt Riddle Vs. Kassius Ohno. We see a video package of Ohno being pissed-off that he has been overlooked so many times since coming back to NXT, and taking out his frustrations on Matt Riddle. Charly Caruso says tonight could be hostile because Matt Riddle feels disrespected. Roberts says he thinks that Ohno is the one who feels disrespected and overlooked. Roberts agrees with Riddle, when he told Ohno not to be bitter, but to be better. Roberts says Ohno might be desperate, which makes him dangerous. They all agree that they want a match to go longer than six seconds.

We’re back with the awards and this time it’s the Male Superstar of the Year. Schreiber announces that Tommaso Ciampa is the winner and he comes to accept the award. He takes it in his hand, then looks at his NXT Championship and hands it back to her and walks off. Clearly he has all the gold he needs.

Now it’s time to award the NXT Female Competitor of the Year, for which the nominees were Kaira Sane, Bianca Belair, Nikki Cross, Ember Moon, and Shayna Baszler. The award goes to Kairi Sane, who walks-up with her award, singing her theme song. Schreiber asks what she has to say to the NXT Universe, to which she says thank you and that she is so happy. 2018 was a great year for her and she will do her best in 2019. She finishes off by saying she loves NXT and loves wrestling.

We’re back with the kick-off panel and Bobby Fish interrupts them, holding his newly won Tag Team of the Year Award. Everytime Pat tries to speak, Fish rings the bell to stop him. They bicker back and forth, with Fish making fun of McAfee’s jean shorts.

After a hype video for Shayna Baszler Vs. Bianca Belair for the NXT Women’s Championship, the panel discuss the match. Sam Roberts says this is a waste of a match on tonight’s TakeOver, because we all know Baszler will win. Pat heavily disagrees but Sam reckons he is just saying that to be the company man.

Is @notsam… hating on @BiancaBelairWWE?

He and @PatMcAfeeShow are so NOT on the same page when it comes to tonight’s #WWENXT #WomensTitle Match. #NXTTakeOver pic.twitter.com/62AtHu21uh

It’s time for the final award for the night, which is Overall Competitor of the Year, and the winner, inexplicably, is Kairi Sane. How? Regardless, Sane accepts the award and she seems genuinely very happy to have won two awards. Back with the panel, they promote the Royal Rumble and rundown the entire card.

That’s it for the kick-off show, and TakeOver: Phoenix is about to begin! Enjoy!