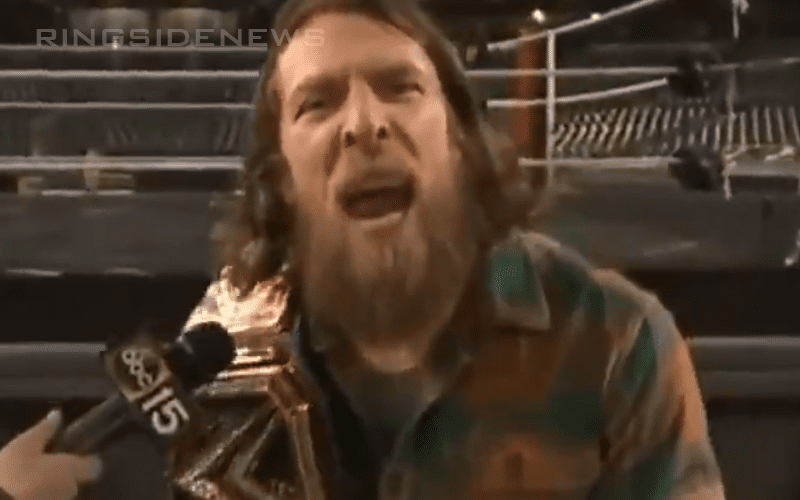 Daniel Bryan did a few media interviews today and he didn’t drop his heel persona at all. In fact, he was downright mean. Then he spoke to ABC 15 Sports and he got really down and dirty.

In the middle of a huge rant that you can see below, Daniel Bryan called out the fact that UFC Flyweight Champion Henry Cejudo and his sister-in-law Nikki Bella are currently having a bit of a public flirting session.

“Henry Cejudo, a Valley resident who just defended his UFC Championship last Saturday wants to go on a date with my sister-in-law. Henry Cejudo, you’re not the man that Daniel Bryan is. You fight Daniel Bryan you go down every time!”

The interviewer’s face showed some real shock when he started referencing Henry Cejudo’s advances on Nikki Bella. On that note, Nikki seemed very open to meeting up with the UFC Flyweight Champion too… but he’ll never be the man Daniel Bryan is.