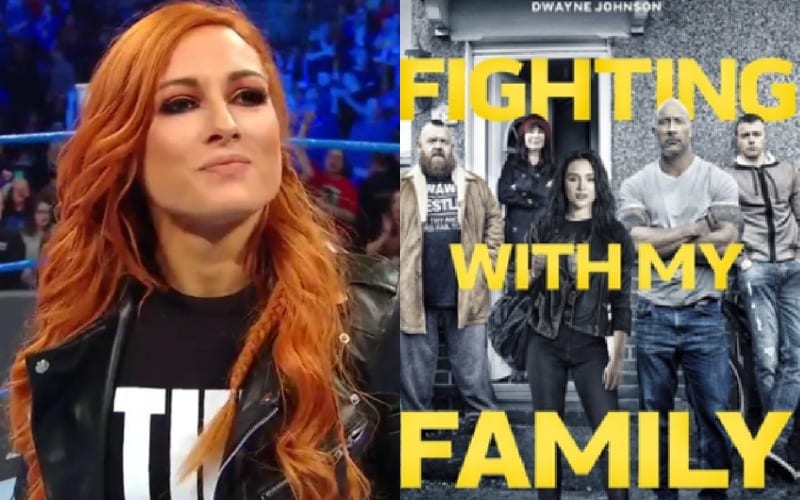 Fighting With My Family is set for a big Sundance premiere and plenty of people are excited to see the story of Paige and her famous family on the big screen. Of course, this is WWE Studios and Seven Bucks Production’s version of what happened, but the movie is still getting a lot of hype.

The Wrestling Observer Newsletter reports that Becky Lynch had an offer to take part in this movie’s filming. She turned down the role because it would have required her to miss several months of action which was too much time from the ring.

The Man did take a short time off from WWE television so she could shoot The Marine 6, but Fighting With My Family would have been a longer commitment. Therefore, it’s only logical to assume that she turned down a bigger part than the one she had in the recent Marine film.

Fighting With My Family still has plenty of WWE representation throughout and some might not even realize Zelina Vega plays AJ Lee in the film On another note, Tessa Blanchard plays the role of Paige when she’s in the ring since actor Florence Pugh didn’t do her own wrestling.

We can only imagine how different both the actual film and promotion for Fighting With My Family would be if Becky Lynch had agreed to do the film. She wanted to be a WWE Superstar and not focus on acting and that seemed to be the best decision. After all, if Lynch would have taken the time off of the road to film another movie, she might not have been in a situation to become The Man she is today.