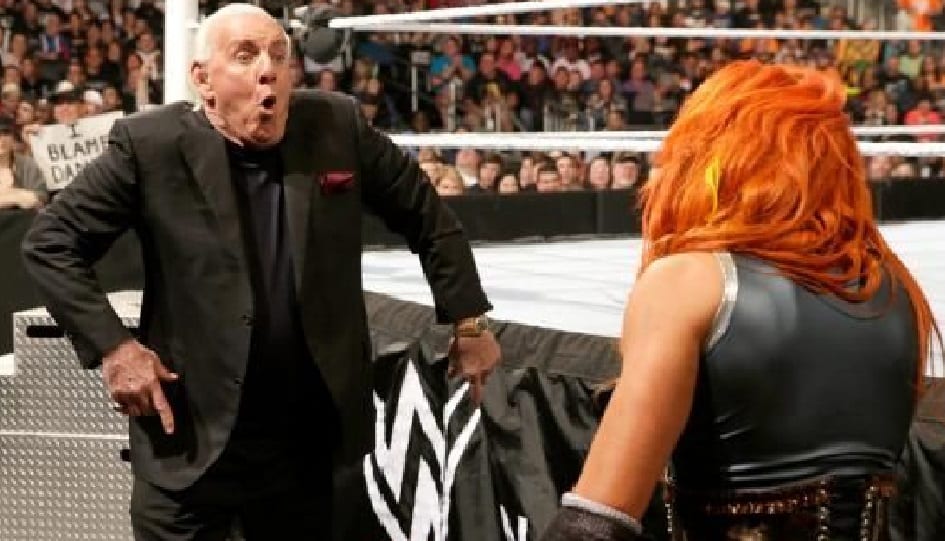 Ric Flair became famous using the catchphrase, “To be The Man you have to beat The Man.” His autobiography is actually called, “To Be The Man.” Charlotte Flair obviously knows this and she also also realizes that Becky Lynch is walking around calling herself “The Man.”

Charlotte Flair recently spoke to Planeta Wrestling where she talked about how she felt that her feud with Ronda Rousey didn’t have the build she wanted.

Flair also took a chance to throw a dig at Becky Lynch for stealing her father’s famous catchphrase when she was asked about this similarity between Ric Flair and Lynch’s nicknames.

“I think that Becky tries to deflect the situation by pretending that I’m the one copying her. When in reality, she’s the one that’s, like you said, copying my dad’s catchphrase.”

It sounds like the fire hasn’t died down in the feud Becky Lynch and Charlotte Flair. We will just have to see where they go next, but they could be meeting again on a much bigger stage later on.