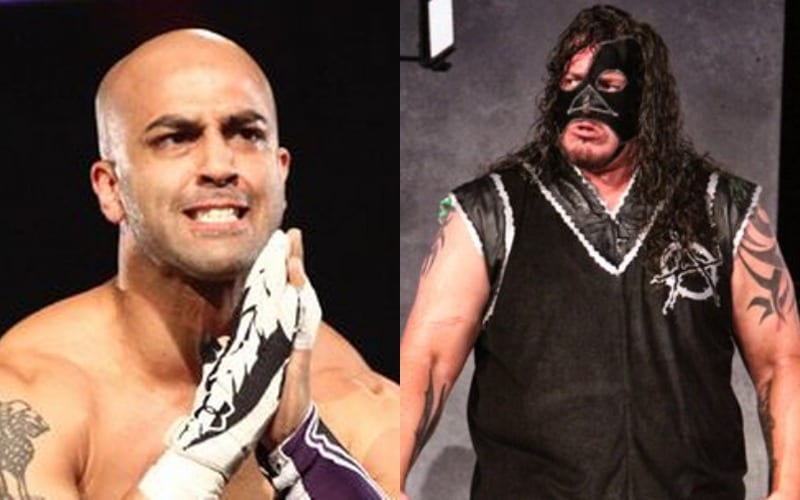 Abyss and Sonjay Dutt are no longer with Impact Wrestling and they are very likely going to WWE. Both men had incredible careers in the ring, but WWE is bringing them in for their backstage expertise.

Dave Meltzer noted on Wrestling Observer Radio that both Aybss and Dutt are very likely slated to find a home in the NXT brand. Due to their departure, Impact Wrestling has some serious holes to fill.

“So they’re both going to WWE as backstage, they’re not going to be there as wrestlers. It’s gonna be from I gather for NXT and Abyss was not under contract, but he was working in the office. He’s not on creative, he has not been on creative for several months.”

“Sonjay was a key guy on creative. Sonjay and Jimmy Jacobs were actually the key people writing the television although the creative direction is Don Callis. Sonjay also did talent relations, he did a lot of stuff and he’s very well respected. He got very high marks from the people who worked in TNA that are in WWE as far as being a good acquisition. They were looking for new guys in WWE so he got the nod.”

WWE now has five active rosters and they need good people backstage. Abyss and Dutt were two of Impact Wrestling’s finest and they will join other former co-workers when arriving in NXT such as Jeremy Borash.

It is strange to think that we live in a day and age where Abyss finally agreed to go to WWE, but he waited until his in-ring career is over. That is the reality of the situation as he and Sonjay Dutt will both be great assets to WWE’s NXT brand.