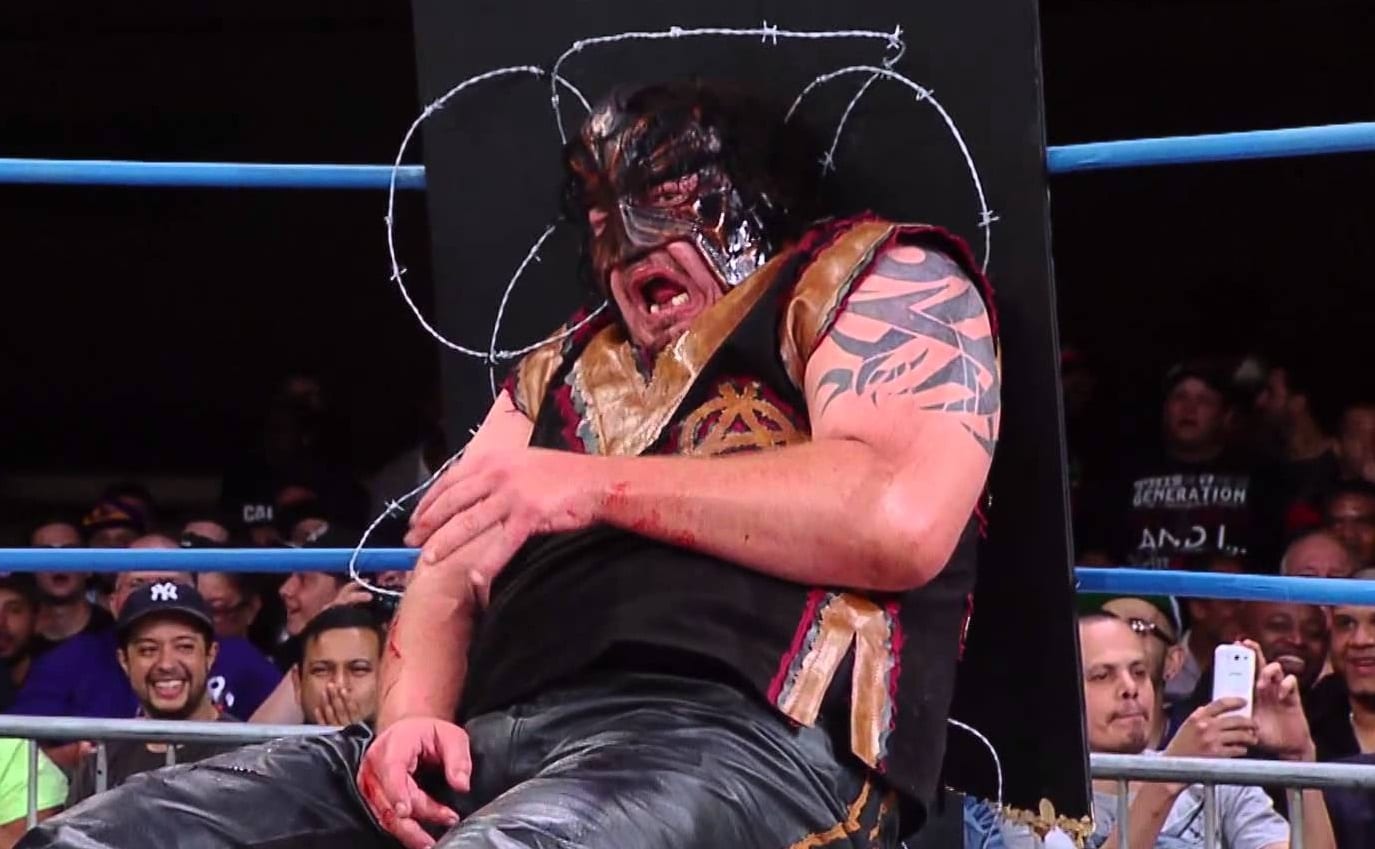 Abyss is going to be accepting his spot into the Impact Wrestling Hall Of Fame soon and he totally deserves it. From all the Monsters Ball matches to other angles in and out of his mask, he has remained a mainstay in Impact Wrestling/TNA since the company’s birth.

The Monster Abyss recently spoke to Busted Open Radio about his Impact Wrestling home and why he decided to never leave. At this point, he’s a Hall Of Famer without ever really venturing outside, especially in WWE which is a rarity. And it doesn’t sound like he has any plans of changing that either at this point.

“You know, and I know Tommy [Dreamer] can relate with the whole ECW thing. But you know Impact to me it is, it was — it’s home. It’s where I started you know what I mean? I spent practically my entire adult life there. This coming year I’ll be fifty percent, almost half my life in the wrestling business and you know Impact took a gamble on me when I was a nobody.”

“I was coming out of Peurto Rico with a decent name but nothing to where nobody would really know who I was and TNA gave me a chance when nobody else was biting at the time. And to see the growth and to be part of the growth and you know I always tell people one of the reasons I never wanted to leave was because you know I was there since the beginning man. I was part of the original ground floor of that company.”

“Most of those Wednesday night pay-per-views in ’02 and ’03 we didn’t know if there was going to be a next week. You know we came every week not knowing that the future of the company would be in 2003 and a lot of people said we were going to close up the doors in 6 months and they said that for about 12 years so you know.”

“To me, I’m so proud of what the company’s done and there have been a lot of ups and downs no doubt and they’ve been well documented. But to me, it’s a great company. We’ve struggled and we’ve really plowed through some obstacles along the way. It’s been home and it’s something I couldn’t see myself leaving. So I’m very, very proud of it.”

There were rumors that WWE might have been interested in Abyss but he never made the jump. He said that he’s proud of everything the company has been through and if anything, he should be. And they should be grateful that they had strong workers like Abyss to build the company off of as well.

"They took a gamble on me when I was a nobody. It was and it is my home."@IMPACTWRESTLING Hall of Fame inductee @TherealAbyss on spending most of his adult life with the same company.@davidlagreca1 @THETOMMYDREAMER #IMPACTonPop pic.twitter.com/lyiUmJdm3j