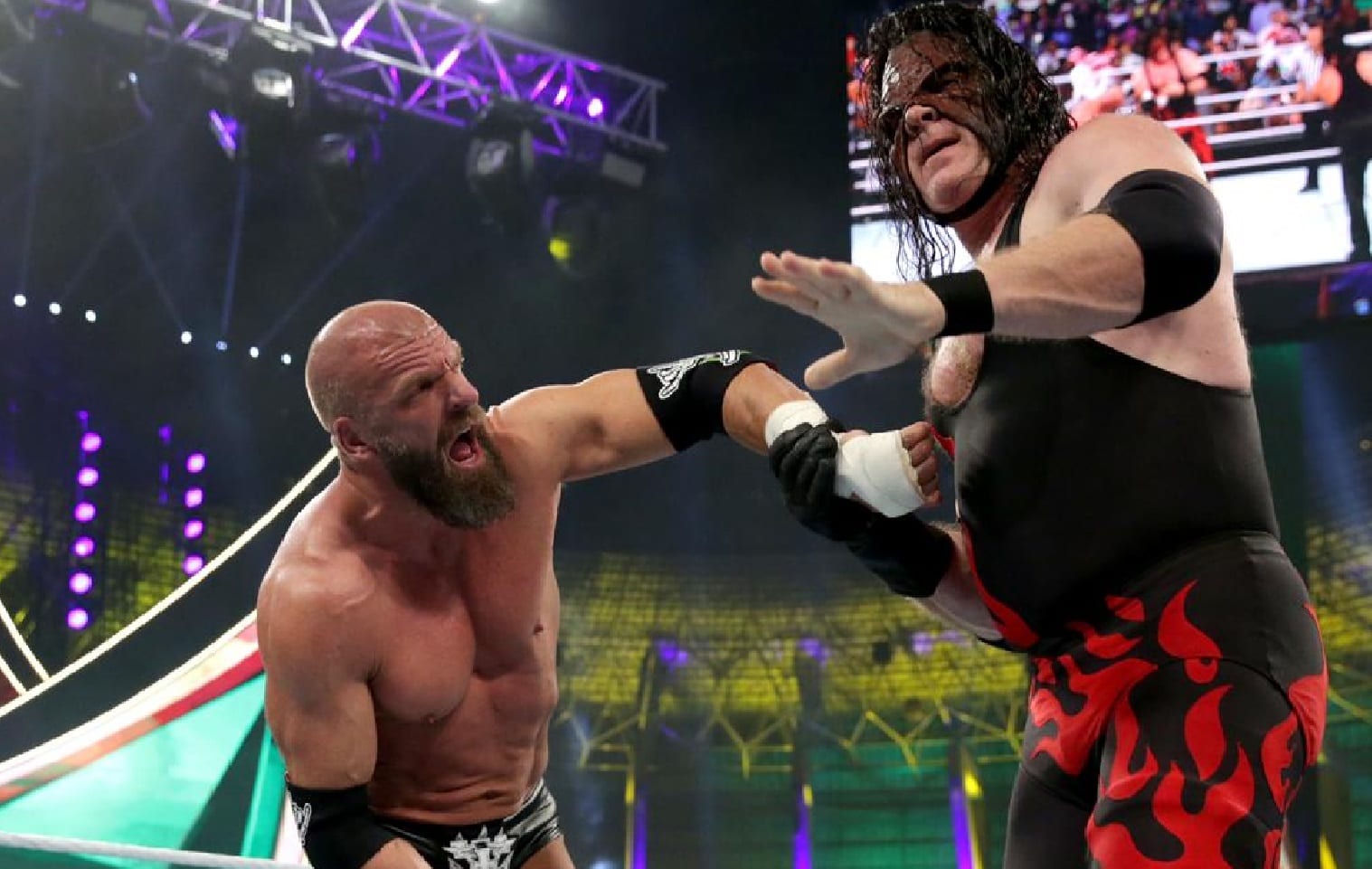 WWE Crown Jewel left its competitors bruised and sometimes bloody by the time they were done in the ring. Triple H left the event injured, and he will also require surgery because of it.

Dave Meltzer discussed Triple H’s injury during Wrestling Observer Radio where he explained which spot it was where Hunter was injured. It turns out that although that table bump thanks to a chokeslam from Kane couldn’t have felt good — he was actually injured much earlier than that in the match.

“Triple H has what appears to be a torn right pec. He got that I think from the Harley Race bump — that’s what I thought. He came back in and the match was a mess.”

It’s never a good thing to get injured if you’re a pro wrestler, but it’s even worse if you wind up hurting yourself during a big show — especially if you have a spotlight on you like Triple H did in the main event of WWE Crown Jewel.

Hopefully, he’ll be able to rest up and be ready by WrestleMania, but only time will tell how excited he will be to get back in the ring once again. But odds are we’ll be seeing Triple H wrestle for years because he’s The Game.