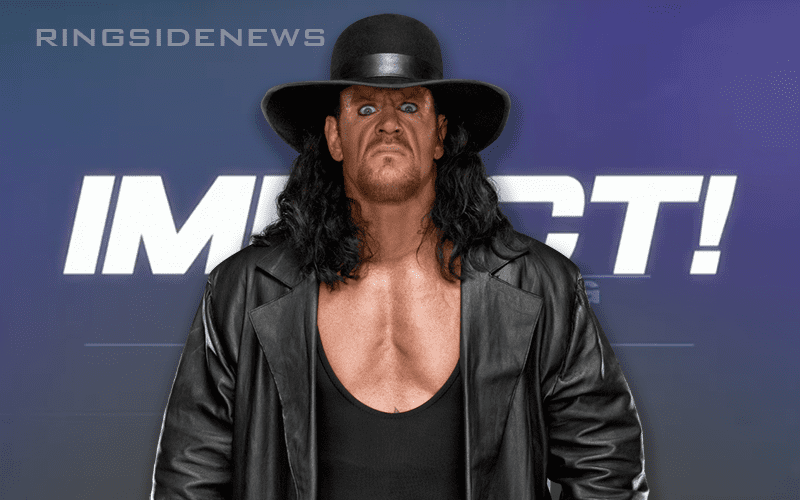 The Undertaker is doing a lot more appearances if you will pay his price tag. This is something he didn’t do all that often, but he seems to be getting out there a lot more.

It shouldn’t come as much of a surprise to see The Undertaker at a convention anymore, but when he’s hanging out with two Impact Wrestling stars (and of them is a champion) then it’s pretty interesting.

Eli Drake recently posted a picture of himself, Impact Knockouts Champion Taya Valkyrie (with her title), and The Undertaker.

“I casually mention @undertaker ‘s name and he appears out of nowhere not 10 seconds later. I feel like @wweURNiverse had a hand in this.”

Of course, Taker can hang out with whoever he wants to. Still, it’s a pretty interesting sight to have two Impact Wrestling representatives so close to a legendary WWE Superstar. Especially considering the fact that there is a big IMPACT WRESTLING backdrop behind them