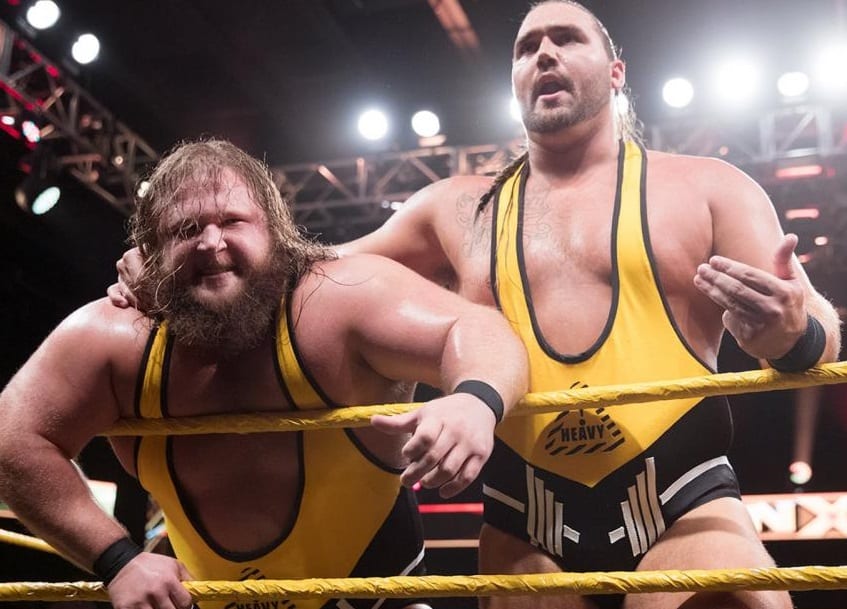 Heavy Machinery had their in-ring debut last night on Raw and it was a great success. They got to show off practically every spot they have in their arsenal as they squashed The Ascension.

The Wrestling Observer Newsletter noted that Vince McMahon “loves” Otis Dozovic. He has a lot of potential apart from being a tag team wrestler. It was also said “six months from now we’ll find out if he is or isn’t better off because of that” in reference to his comedic antics on SmackDown last week.

If you factor in that Vince McMahon is apparently telling tag teams that their division is going to get more focus then this is a perfect time to push a team like Heavy Machinery.

It still did The Ascension no favors who unlike Otis Dozovic and Tucker Knight actually held the NXT Tag Team Titles. On a related note, The Ascension still holds the record for longest-reigning NXT Tag Team Championship reign at 364 days, just one day short of an entire year.