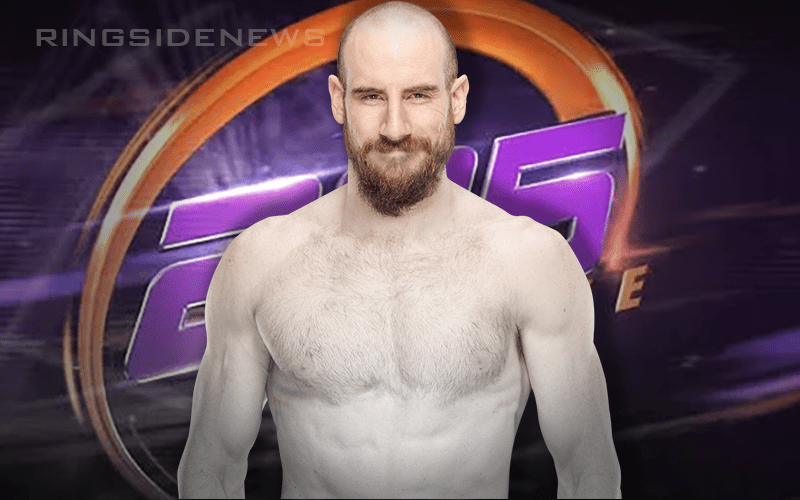 SmackDown Live Superstar Aiden English will be joining Vic Joseph and Nigel McGuinness on the commentary team. He will still be competing on SmackDown Live, but will be looking to develop his skills as a commentator in the process.

English debuts for the show tonight, replacing Percy Watson. Given the wording by WWE, it is likely that English will only work the show until past WrestleMania, though the company could allow the Superstar to remain longer if he is well received.

“The McMahons have been shaking things up on Raw and SmackDown LIVE, so I’m going to follow suit. Aiden English is an active Superstar and is very opinionated, and I believe those opinions and perspective will add to the current commentary team, only adding to the entertainment value of The Most Exciting Hour of Television.”

Michael Cole also had a few words to add on English’s inclusion on the commentary team:

“We wanted to do something special for WrestleMania season, and Royal Rumble week kicks off the Road to WrestleMania. We’ve been working with Aiden at the WWE Performance Center to see if he has the chops, and it turns out he’s pretty good.”

What are your thoughts on the move? Do you expect big things from English? Let us know your thoughts, opinions, and reactions to the move in those comments below.