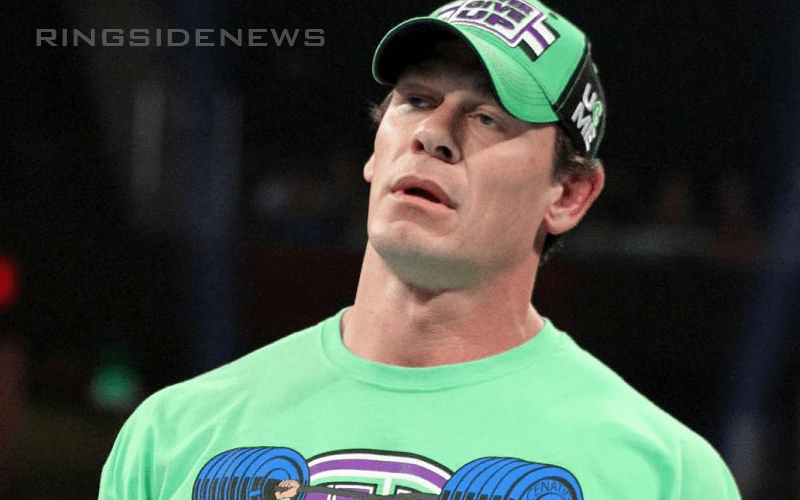 John Cena appeared on RAW last week and he got in Vince McMahon’s face saying that he will never leave WWE. He remarked about Ruthless Aggression and then he was inserted in the fatal four-way to determine the #1 contender for the Universal Title match at the Royal Rumble pay-per-view.

Cena wrestled the match and although he didn’t win it, he did give huge props to Finn Balor after he won.

WWE reports that John Cena suffered an ankle injury during RAW last week. They showed footage and you can see that Cena was limping after he hit the AA.

It was said that he re-aggrivated the injury today before RAW. At this time his Royal Rumble status is unknown.