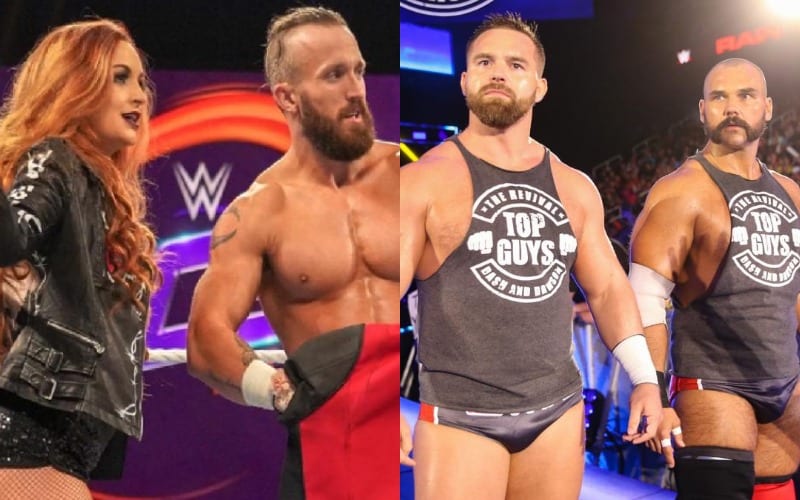 WWE is the most popular professional wrestling company on the planet. They are the biggest too and those two facts seem to have a lot to do with each other. It didn’t stop The Revival from requesting their WWE release on Monday this week. Mike and Maria Kanellis asked for their WWE release weeks ago as well. This is not a trend WWE needs right now.

Dave Meltzer explained on Wrestling Observer Radio that it’s not always about the money. Frustrations can build for various reasons including the fact that a Superstar isn’t being used to their full potential.

“You know what? When I think about it with my own life too. Money’s always important, but if you’re miserable — I’m not saying people in WWE are miserable, but I guess the better way because this is really what it is. I guess they are to a degree if you’re a really good performer and you’re not allowed to perform and you’re not getting the opportunities to perform at the level you could.”

WWE has their own agenda and must take the mainstream audience into consideration as well. Therefore, they continue to push names like Ronda Rousey and Brock Lesnar because people know who they are without needing to be a WWE fan.

One could argue that if WWE gave attention a bigger variety of Superstars then the company would have more big stars. This is certainly the position a lot of fans are currently taking as they watch Raw and SmackDown Live every week and see the same handful of Superstars time and time again.