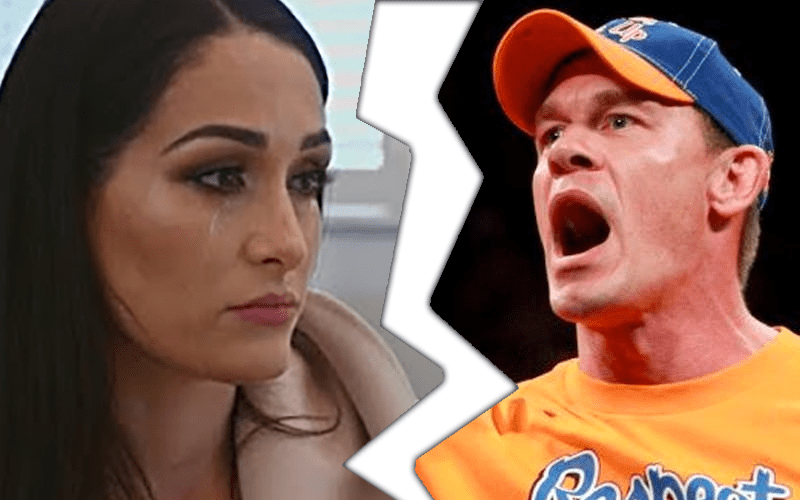 John Cena and Nikki Bella had a storybook romance for 6 years and then it ended suddenly as their wedding approached. There were a lot of stories going around about why the couple actually decided to call off their nuptials, but the only people who really know are John and Nikki.

Bella recently spoke to CBS’ In This Corner podcast where she revealed how hard it was for her personally to go through such a public breakup, especially while the cameras were rolling. Nikki said that she considered having them turn the cameras off during some of the most difficult moments, but she pressed on with her fans in mind.

“I even showcased a lot what I went through on the previous season of Total Bellas I didn’t tell the cameras to stop rolling even though I wanted them to. But I knew that a lot of women were going through that where they thanked me for making them feel like they weren’t going through it alone and all of these different things, but then we get into the ring and go through these different storylines and people question why I would say certain things; am I really that person?”

“It’s like, no, let’s just step back for a second and look at the situation, but that is why I really do take my storylines personal because I am a reality star now and I feel like that is a very big target for me when I do step into the ring and it’s like, you know what, I might as well just bring it here because they are going to bring it up anyway so mine as well bring it to the storylines.”

Hopefully, both Nikki and John will find love down the line. But these two have now parted ways for now. If it’s meant to be, then that’s another story but at least we got to see it go down on Total Bellas no matter how uncomfortable it made Nikki at times.