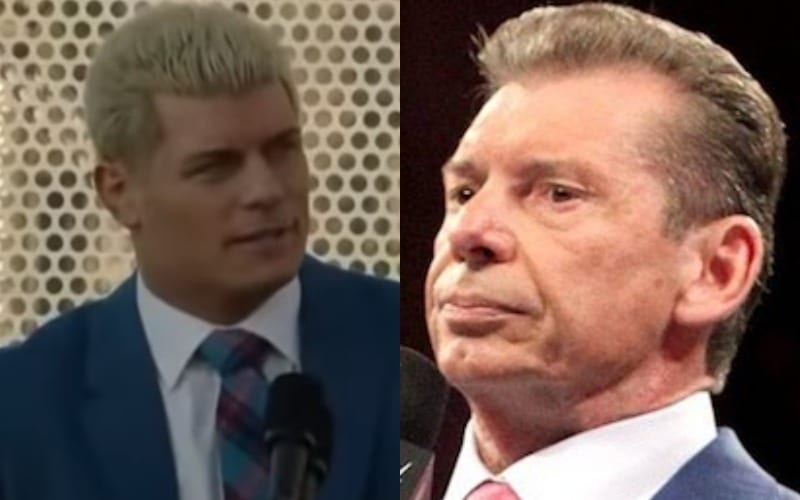 All Elite Wrestling is drawing a lot of attention as they take the next steps in growing the young company. Cody Rhodes recently spoke to TMZ where he admitted that AEW might be interested in bringing in UFC fighters if they have the passion for the business.

The company isn’t wanting to rehash the Attitude Era or rely on big stars from the past either. Cody revealed that it’s his job to search for those new talents as they want All Elite Wrestling to be more of an alternative to WWE than direct competition.

“I think we’re just looking to be an alternative and lean into the people who supported us last year and do it all again.”

All Elite Wrestling is backed by a family who has about three times the net worth as Vince McMahon. Although it’s not impossible to think that AEW could be a big thorn in WWE’s side eventually, right now Cody Rhodes and company are focused on getting things off the ground.