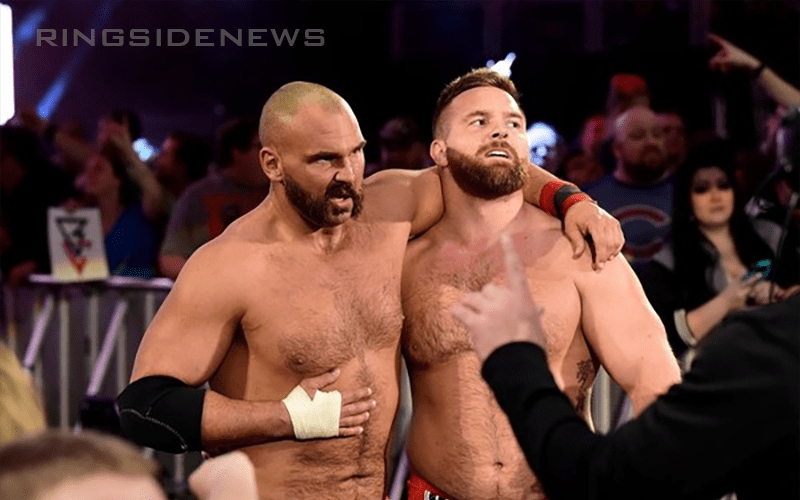 The Revival is not happy in WWE. This is something that we have documented in the past few days, but the writing has been on the wall for a while. The former two-time NXT Tag Team Champions never got the push they deserved in WWE and were passed up far too many time. This is one of the reasons why they requested their WWE release.

Since the news broke about The Revival’s request for a WWE release, the Internet Wrestling Community has been watching the Top Guys closely. Last night they both made a couple of interesting moves that got fans thinking even more.

Dawson posted a video of Sylvester Stallone’s Rocky Balboa character giving a motivational speech about the world not being fair and “it ain’t about how hard you hit, but it’s about how hard you can get hit and keep moving forward.” Several people have commented to this tweet with reference to All Elite Wrestling.

On a much more “under the radar” note, Dash Wilder changed his Twitter profile name to his actual name Daniel Wheeler. It should also be noted that he pinned a tweet about facing the Young Bucks to the top of his profile too.

It is important to note that just because The Revival requested their WWE release doesn’t mean they will receive it. The same is true for Mike and Maria Kanellis if they asked for their release as well.

We will keep you updated on this situation as more news is made available in this ongoing story. Needless to say, it will be very interesting to see how WWE uses The Revival on Raw next week.