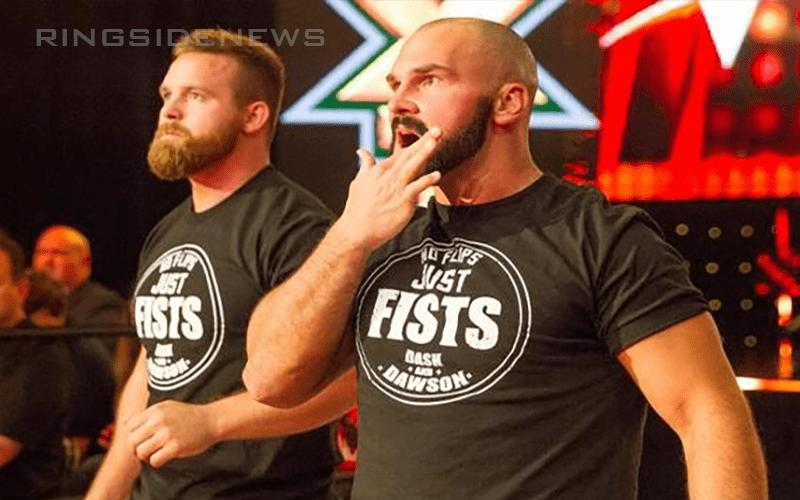 The Revival is a very hot discussion point in the Internet Wrestling Community right now. They might have preferred that it was under different circumstances though. The Top Guys requested their release from WWE on Monday after their match on RAW and since then a lot of people have been talking about them.

Bryan Alvarez commented on Wrestling Observer Live that he can’t confirm that The Revival asked for their full WWE release, but he does know that they requested to work more in NXT.

“The only thing I can tell you about The Revival right now is I don’t know if they asked from a release from WWE, but I do know they have been asking about doing more matches down in NXT.”

“I don’t know if that would mean going full-time back to NXT. Obviously, there are a lot of great tag teams in NXT. People love working house shows and people love working NXT shows. There are a lot of people I’m not saying it’s The Revival, but they had more fun in NXT. Obviously, you can tell by watching the main roster, but it could have just been that they asked to do more NXT TV shows or they did ask for their full release. Maybe they’ll get it, maybe they won’t. I don’t know.”

Ringside News can confirm that Dash Wilder and Scott Dawson did ask for their WWE release on Monday. The biggest question is whether or not WWE will let them go so easily. We will have to wait and see, but if WWE doesn’t let them go we could be seeing more of the Top Guys in NXT.