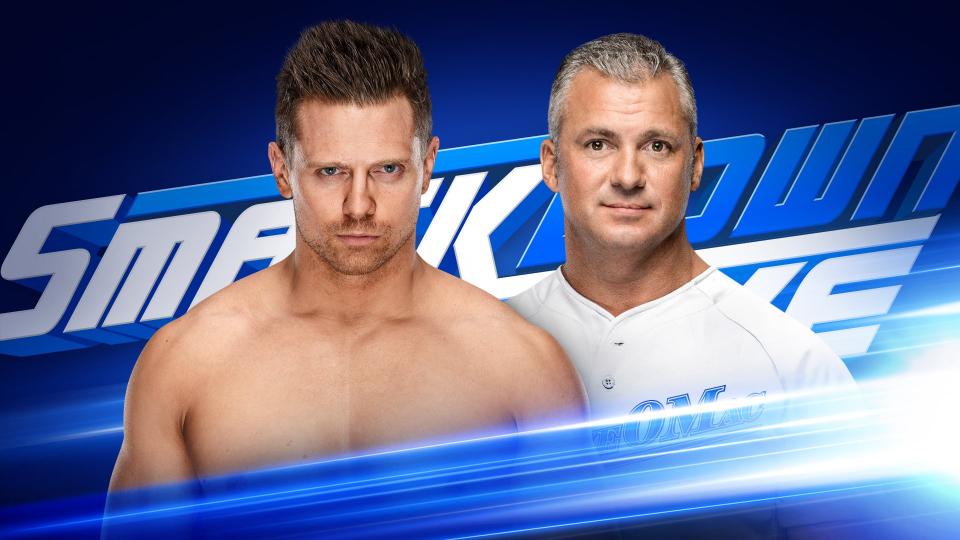 It’s time for SmackDown Live and Ringside News’ live coverage of the show. Don’t forget to keep refreshing and we’ll bring you the action as it happen.

The Royal Rumble is coming up soon and there are plenty of announcements to be made and some matches to be booked. It seems that we know about a couple of segments, but RAW was pretty last night so SmackDown Live could deliver some good segments and new faces as well.

Here is a list of what to expect on tonight’s show and don’t forget to check back at 8:00 PM when the live coverage kicks off here at Ringside News.

Becky showed up in her SUV and then Kayla Braxton asked her backstage in the parking garage if she’s ready for Asuka. Becky said she thinks she knows the answers and then said she’ll answer in the ring.

She walked past New Day and Heavy Machinery putting everything they could in a blender. Then Otis drank it while The New Day looked very grossed out. They didn’t want a sip, but Becky Lynch did. She said it’s a little weak and walked off.

Becky Lynch walked right into the arena and Birmingham Alabama was happy to see her. She said being The Man is easy until you try it and everyone is trying to be a badass like her ever since she broke through.

Then Lynch said Asuka is finding out how hard leading the division really is. She said there are people who say she’s hype, but she delivers on everything she says every single time. She was receiving applause breaks in-between everything she said.

Asuka came out to cut The Man off and she said that Lynch likes hype. She’s like a bee with no sting. She said after the Royal Rumble she will not be Charlotte’s shadow, she will be in her’s.

Then the IIconics walked out and posed before talking some trash. Billie said Asuka shouldn’t behave like this as champion and then Peyton said Becky is bad too. Billie called Lynch “bossy Becky.” Then they said it doesn’t matter if Becky or Asuka win their match because the IIconics will win the Royal Rumble and become the first-ever Women’s Tag Team Champions and then they’ll make WrestleMania IIconic.

Becky told Asuka that she’ll show her what all the buzz is about and dared either Peyton or Billie to a match.

This was not a good thing for Royce. She got hit in the throat with a chop right off the bad. Becky was wrestling in jeans and a The Man cut-off t-shirt by the way.

This was a bit of a squash as sat in an office chair at ringside clutching her title. Lacey Evans was show backstage watching on a monitor while enjoying an iced tea like a classy lady. She didn’t look impressed.

Peyton got a little offense in with some clubbing blows and then she kicked her down in the corner a little, but Lynch quickly fired back. Lynch ate a clothesline in the corner as Billie Kay mocked Lynch.

Royce latched on a headlock and then Lynch got some “Becky” chants. Then she muscled up and hit a second rope dive on Peyton for a two count. Royce went outside and Billie checked on her. Lynch walked around the ring and Peyton hit a kick to blindside her. Then Becky got beat down a bit during the commercial break.

Lynch fought back as well, but they didn’t end the match while the picture-in-picture showed commercials and SD Live on the same screen.

When the show came back from commercial, Royce had Lynch in a submission/rest hold and Lacey Evans was watching again backstage while she enjoyed an iced tea like a classy lady.

Royce started to get the upperhand in their match, and then she ended up in the Disarm Her and Peyton tapped out.

Asuka got on the ring apron and then into the ring. She started yelling in Japanese and it was awesome. That’s what she needed to do the entire time. She was angry and you knew it.

The IIconics tried to leave, but Asuka ran after Billie Kay and dragged her into the ring. Suddenly, the bell rang.

Asuka murdered Billy Kay with a hip attack, sliding knee, and then her own version of the Disarm Her. Then she got on the Asuka Lock and Billie tapped out.

There was a tense stare-down between Asuka and Becky Lynch. Suddenly, AJ Styles’ music hit and he came out. This show was moving quickly.