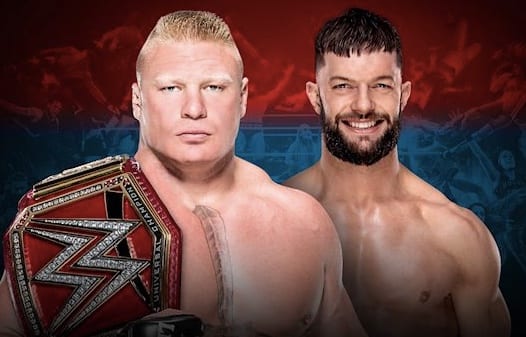 As seen on Sky Bet, the betting odds have been released for the Brock Lesnar vs Finn Balor match at WWE Royal Rumble in Phoenix, Arizona.

Balor had one of the best nights of his WWE career on Monday Night RAW to book his place at the Rumble, in a match that many fans have been waiting to see for quite some time. Finn will be replacing Braun Strowman who was taken out of the match, with some reporting that it’s because he still isn’t 100% healed from his injuries.

Balor, on the other hand, never received his Universal Championship rematch after having to give up the belt following his title win at SummerSlam 2016. It’s been a long road back to the top, but now, he’s got the chance to become just the second man to hold the Universal title on two separate occasions.

In terms of the betting odds things are actually a lot closer than you might think, although Brock Lesnar is still the favourite with odds of 2/7. Finn Balor is the 5/2 underdog as it stands.

The expectation from most fans is that Finn will bring out his Demon attire once again, which would hardly be all too surprising. The Irishman always seems to don the iconic attire whenever he’s involved in a major match, and you can’t get too much bigger than this.

Lesnar vs Balor signals what many fans already knew about the Road to WrestleMania: and that’s that there is a great deal of uncertainty. Nobody knows what direction WWE is going to go in, and that can only be a good thing.