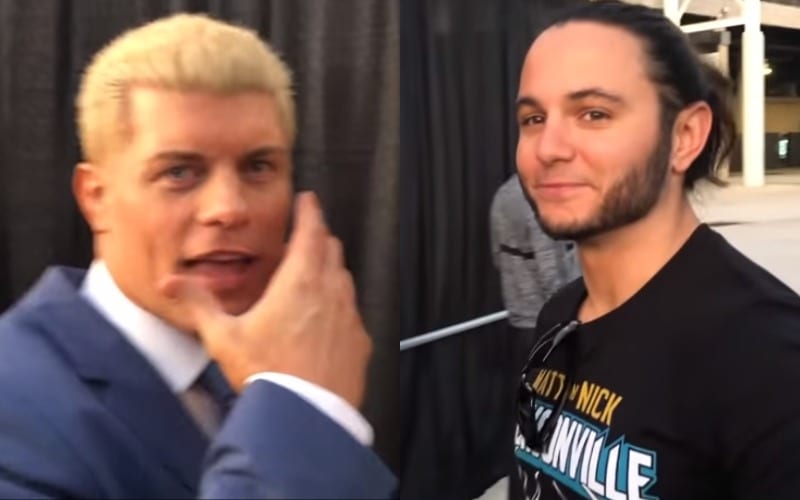 All Elite Wrestling kicked things off with a big rally where they revealed many aspects of the new company. The latest episode of Being The Elite provides a backstage glimpse at not only what it was like to be with The Young Bucks backstage at the rally, but also the trip that it took to get there.

The Young Bucks and their families traveled on the Khan Family’s private jet to Jacksonville as soon as they got back from Japan. They said it was strange leaving Japan without knowing when they would be back.

On the flight, Nick’s family got sick and threw up all over the jet. Thankfully, that footage didn’t make it into the episode. It still meant that his family flew all the way to Jacksonville only to watch the live stream from the hotel room.

Once they got to the rally, it was all business and everyone was excited. We were introduced to MJF on the Being The Elite series and he did a great sketch where he was nice to the Young Bucks and Hangman Page in front of Cody Rhodes, but once Cody was gone he talked down to them and called them monkeys. Hangman remarked that MJF is just like Cody.

The fireworks were much more impressive in this video as was the crowd at the rally. Cody said “We’re playing with live ammo now,” in regards to the fireworks, but we have to wonder if he meant more. He also said their Jacksonville rally was much better than the first rally they had in Chicago for ALL IN. However, that is largely thanks to Tony Khan’s investment in AEW.