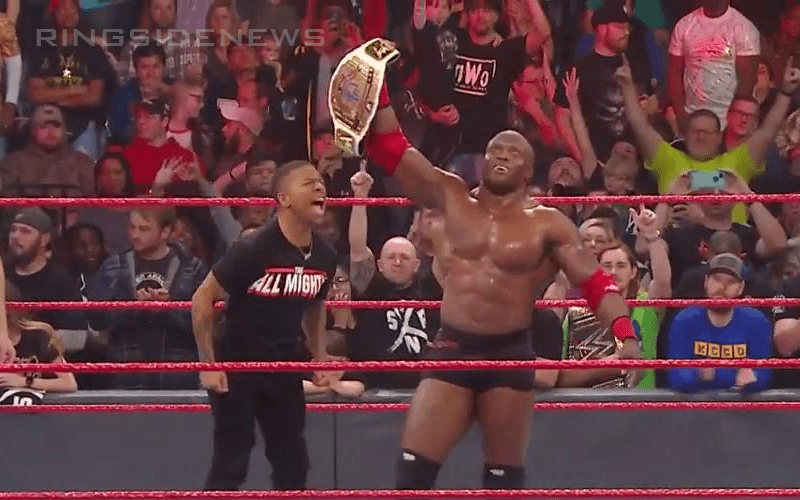 WWE RAW was already a big show with Braun Strowman losing his Universal Title match at WWE Royal Rumble. Then an unexpected title change took place to kick things up a notch.

The WWE Intercontinental Title was on the line in a triple threat match where Dean Ambrose put his title on the line against Bobby Lashley and Seth Rollins. Lio Rush was at ringside too and he provided a very special distraction throughout.

In the end, Bobby Lashley hit a spear on Ambrose and got the win. This was thanks to the fact that Lio Rush lowered the top rope and sent Seth Rollins to the floor.

Now Bobby Lashley is the new IC Champion, it might not really matter much right now because he will still be in the Royal Rumble match. Then again, he could always work double-duty in Phoenix.