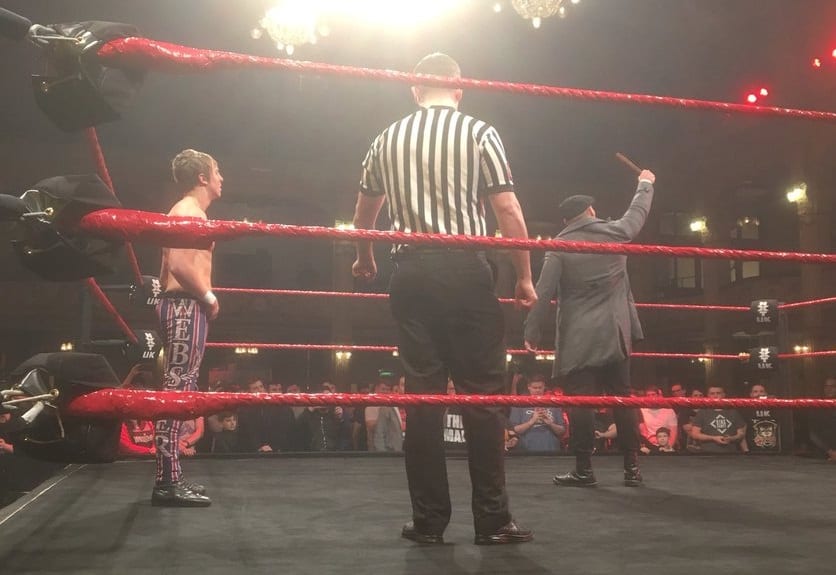 WWE’s NXT UK brand had an incredible TakeOver special last night and you can get those results here. The night was a great way to start a tradition of TakeOver specials in the United Kingdom.

They are also recording a set of television shows today. You can get all of those spoilers here.

Luke Menzies showed up at NXT UK TakeOver: Blackpool as a face in the crowd. He showed up the next day to start making his point during NXT UK’s television taping.

Luke Menzies faced Flash Morgan and Menzies won the match. This was said to be a dark match though so it won’t likely ever air on television.

It looks like he’s off to a good start. Fans in attendance said the match was good and Luke Menzies was made to look very strong.