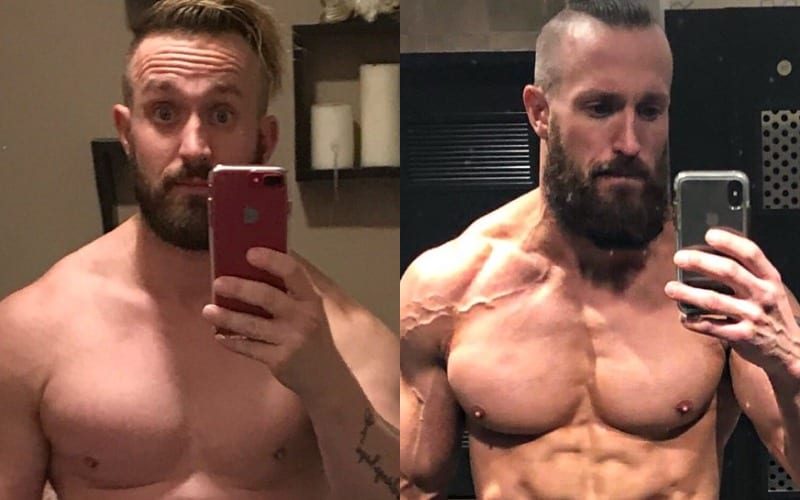 WWE has a Wellness Policy in order to make sure that their Superstars aren’t taking drugs or doping. Of course, this only applies to full-time Superstars so guys like Brock Lesnar, Triple H, and so on are excluded.

Mike Kanellis is a full-time Superstar and he experienced a huge transformation in his appearance last year. He recently clapped back at a fan who claimed that his improved physique was due to something that wasn’t “natural.”

“The human body has limitations, you veins like that and body fat percentage that low, along with muscle density and strength happen naturally? Cause they don’t.”

Kanellis had a lot to say in reply. We can only imagine that he could have went on past Twitter’s restrictions on tweet length, but he was able to fit enough education in the characters allowed.

“They do actually. The limitations are the ones we set in our heads. People who don’t see themselves as capable of achieving it, use the term ‘limitations’ to justify their own shortcomings. Diet and consistency in the gym will get it done. Also i was drug tested 3 times last year.”

Kanellis has worked very hard to experience quite a change in his look. You never know if WWE will start paying more attention to him, but he looks to be in the best shape of his life.