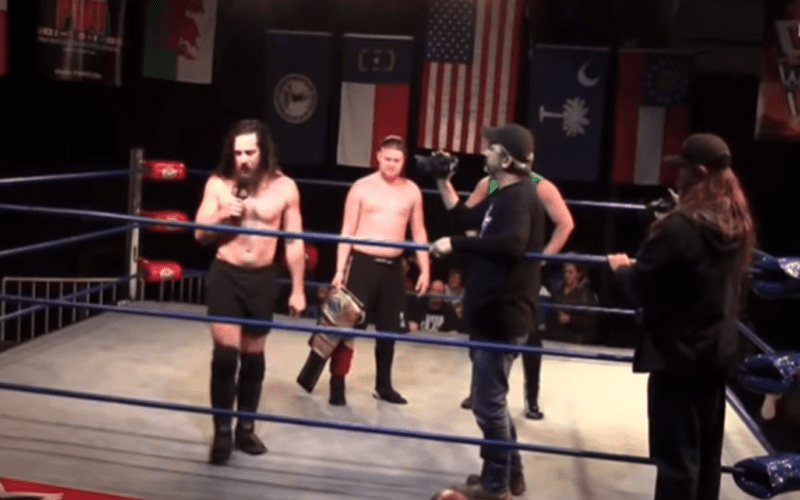 The wrestling scene is on fire now- with male and female performers from around the world signing with companies like WWE, Impact Wrestling, NJPW, ROH and now AEW at an alarming rate.

The latest star to have been signed is the former Impact Wrestling star Trevor Lee- who confirmed his WWE signing while appearing live on the CWF Mid-Atlantic Twitch broadcast. Lee is from North Carolina and is a mainstay in the CWF Mid-Atlantic promotion, so this was the perfect place to formally announce that he is WWE-bound.

Lee signing in and of itself isn’t a new fact- we previously reported he had signed and would be having his last match on the independent circuit for CWF Mid-Atlantic this weekend. However, we only now have footage from the man himself confirming he has signed, which means there is only a matter of time until he makes his NXT debut.

You can check out the footage, courtesy of Pro Wrestling Sheet, through the video below:

Do you feel as though Lee will be a good fit for the roster? Does his signing excite you? Let us know your thoughts, opinions, and reactions in those comments below.