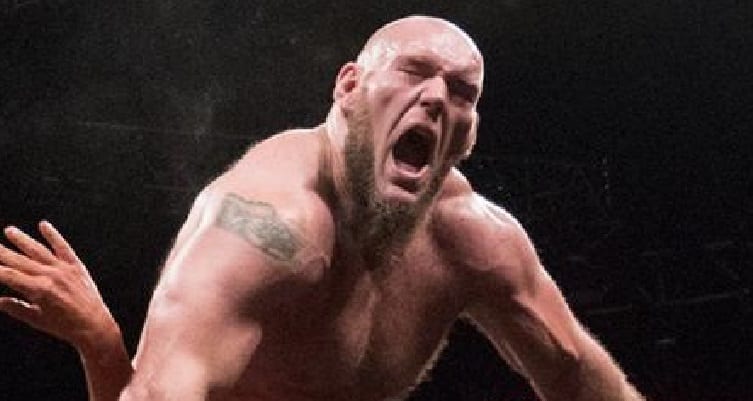 Lars Sullivan is going to be a huge name in WWE if he ever debuts. We previously reported that WWE has big plans for him and he was supposed to be at RAW and SmackDown this week, however, that didn’t happen.

Being a WWE Superstar has a lot of pressure attached to it. Sometimes that pressure can get to someone. Apparently, that is what happened with Sullivan this week.

The Wrestling Observer Newsletter reports that Sullivan showed up for RAW on Monday and he was scheduled to probably work a dark match, but it didn’t happen. Instead, he left the building early suffering from what is believed to be an anxiety attack.

It was noted that since Mauro Ranallo’s situation, WWE is much more understanding of mental health issues. Therefore, they met with Sullivan and ironed everything out.

Sullivan was then scheduled to be in Jacksonville for the SmackDown Live tapings for another dark match. However, he didn’t even show up. Instead, Sullivan flew back home to Colorado.

It was further noted that: “Nothing else is known, whether they will change plans or how it will be handled.”

We will let you know any further updates as soon as we hear anything.