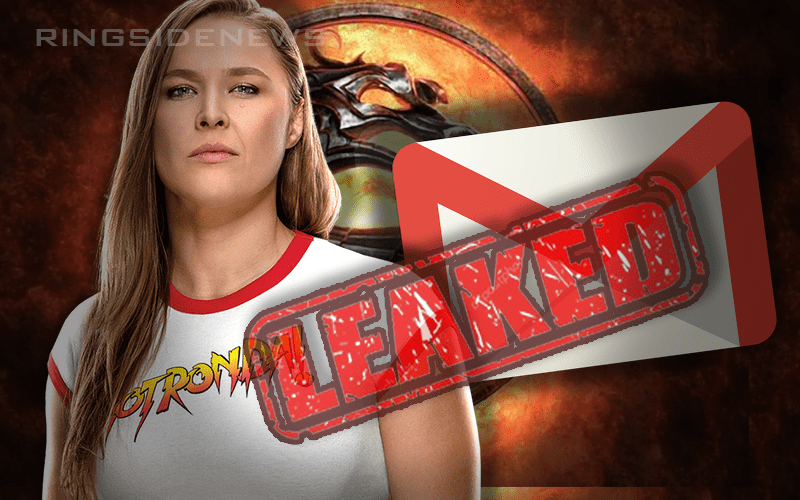 It seems nothing is new in today’s society and reboots are all the rage. It is now “in” to bring back what was once “out” however, Mortal Kombat has always been pretty cool.

They had a couple of MK movies back in the day, but now they’re thinking about bringing back the idea in movie-form. An animated film is on the way and there is already a pretty interesting cast rumored including Community’s Joel McHale.

To add more intrigue to this story, Ronda Rousey’s name is now attached as an internal email slip-up posted on Reddit could have revealed that she will voice one of the iconic characters in the upcoming reboot.

“Ronda Rousey will be at MK Day and will be part of the stage presentation. We’re preparing a short video to introduce her and announce her as the voice of Sonya. I’ve started sending over what we have for Sonya, which hasn’t been much so far. I’m expecting a V1 soon.”

This is very interesting and could give WWE fans another reason to watch this upcoming animated Mortal Kombat reboot. Chances are we were going to watch it anyway because it is Mortal Kombat, but now it is part of our job.

Since this is an animated role, it isn’t likely to cut into Rousey’s WWE schedule much.

Rousey does bear a striking resemblance to Sonya Blade, don’t you think?