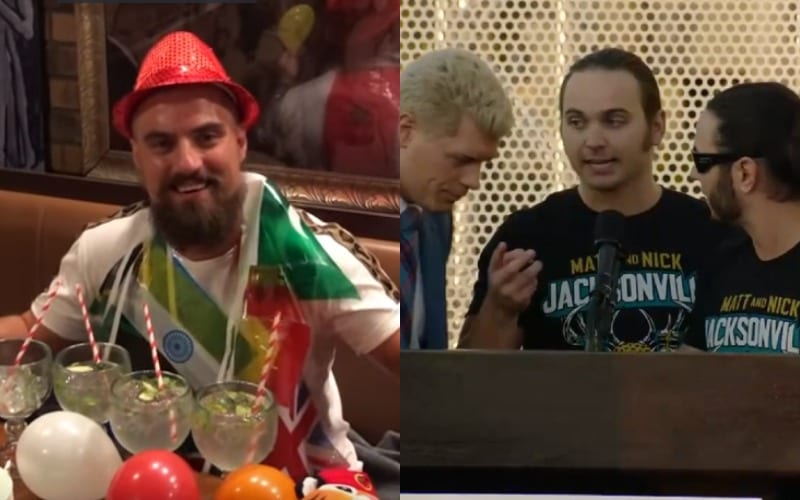 All Elite Wrestling had their big rally in Jacksonville and it really did deliver. There was plenty of news to come out about the new promotion and they now have a growing roster.

One person you won’t see on that roster is The Elite’s Marty Scurll. The Villain is still under ROH contract so he couldn’t join his BTE buddies for this new promotion.

If you saw the last Being The Elite, Scurll acted as he had never heard of AEW before. It doesn’t seem like that has changed as Scurll posted a picture of himself watching the rally intently along with a question.

He’ll probably find out soon enough. It looks like they will be pretty hard to ignore eventually.