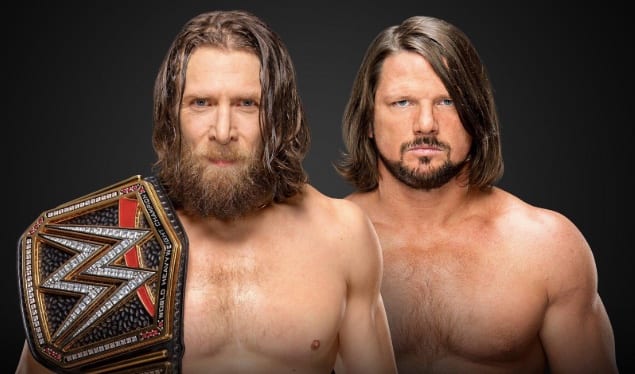 As seen on Sky Bet, the betting odds for the upcoming Daniel Bryan vs AJ Styles match at the 2019 Royal Rumble in Phoenix, Arizona have been released.

The rivalry between Styles and Bryan has been brewing for months now, dating back to when the former leader of the Yes Movement defeated The Phenomenal One to win the WWE Championship. He turned heel in the process, kicking AJ low in order to get the job done.

They went on to produce a stunning Match of the Year contender at WWE TLC last month, and fans have been eager to see another bout between the two ever since. They’ll get their chance at the 2019 Royal Rumble at the end of this month, as Bryan defends his title against the man that appears to have a new ‘edge’ to him in the wake of his recent interaction with Vince McMahon.

In terms of the odds, Daniel Bryan is a 1/3 favourite to retain the WWE Championship whereas AJ Styles is a 9/4 underdog.

Styles capturing the belt again would seem unlikely at this stage, especially given that he appears to be preparing for a part time schedule. That could be nothing more than rumours but with WrestleMania season right around the corner, it would appear as if we’ll get an answer sooner rather than later.

In many ways this match at the Rumble could easily dictate the direction both men go in throughout the remainder of 2019. Bryan looks set to take the belt into WrestleMania 35, whereas there’s no clear direction for Styles right now. One thing is for sure, though, they’ll have another great match in just a few weeks time in Phoenix.