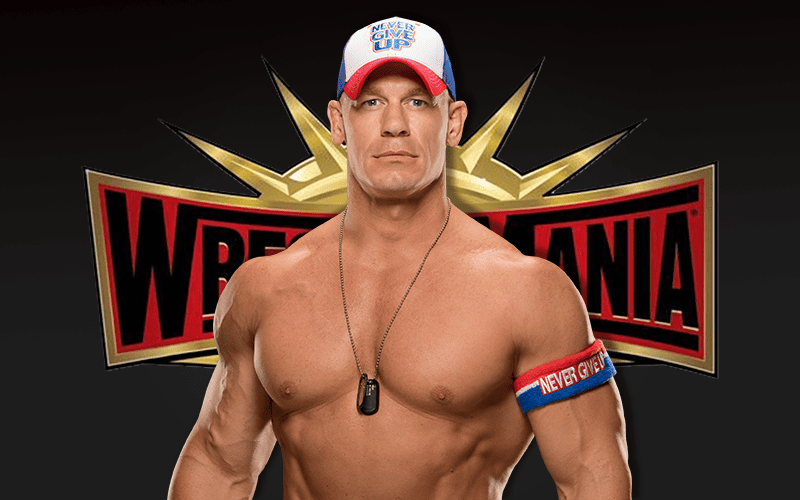 16-time World Champion John Cena was recently a guest on The Today Show Radio with Hoda Kotb, where the WWE Superstar answered some rather interesting questions for the children in attendance. One question specifically sees Cena seemingly confirm his status for the upcoming WrestleMania 35 show next year in New York.

The first question Cena is asked is what his toughest match was. Taking this to mean who his most difficult opponent has been, the leader of the ‘Cenation’ confirms former Universal Champion Brock Lesnar has been his toughest brawl in the ring.

“Do you know a WWE Superstar by the name of Brock Lesnar? Ok, if you know Brock Lesnar, he is big, he is bad, and he is mean. He was easily my toughest match. Now I’ve had some moments where I’ve done ok against him, and I’ve had some moments where I’ve not done ok against him. The greatest thing about having a match with Brock Lesnar is you’re always nervous and you’re always afraid ’cause he’s stronger than everybody- but you’re still brave enough to go in there and do it. Win or lose, you try your best.”

Changing up the original question, another child asks who his favorite opponent was, to which Cena confirms the mega movie-star and former WWE Champion The Rock was his favorite opponent. As fans will remember, both men had a memorable feud during WrestleMania 28 and 29.

“That’s a good question. Do you know of a wrestler called The Rock? Super, super charismatic guy. He’s one guy who is one WWE Superstar no matter where he goes. He’s got this certain electricity about him. So, when you step in the ring- a WWE ring with that type of electricity, it is magic. He has a certain magic about him, so he is my absolute favorite.”

Given that Cena is a ‘free agent’ on WWE TV, the former Champion has the right to appear on both RAW and SmackDown Live. Talking with the kids, Cena reveals the majority of his time in WWE has been spent on RAW, despite starting off on SmackDown.

“Actually, I went to RAW for a long time, and then I went back to SmackDown and now I can kind of do both. But I think just running through the numbers in my head- quick stats crunch… RAW. I’ve done the most work on RAW.”

In a moment that causes chuckles around the studio, Cena is asked by another kid if he’s ever faced Nikki Bella before. Obviously, Cena and Nikki were in a relationship that now appears to be gone, as the two have told various outlets that they are single, but remain friends.

“No, I’ve versed Nikki Bella, but I’ve had her as a tag team partner, and I’m proud to say we’re undefeated.”

Finally, another kid asks Cena if he will be at WrestleMania 35, to which Cena initially explains that he wasn’t intending on being at the event. Since the kid wants him there, he makes a promise to the kid (and shakes his hand) to be at the event in New York.

“Where is WrestleMania 35? New York? I’m here right now, right? Do you- would you like to see me in WrestleMania 35? Then you know what, I was thinking about missing it, but because you want to see me there, I wouldn’t miss it for the world. I promise you I’ll be there. I promise.”

Cena’s WrestleMania status has been up in the air, given he is working on a film with Jackie Chan and is seemingly stepping away from WWE activities to focus more on his growing movie career.

Who should Cena face at WrestleMania 35? Do you expect him to have a match or a segment during the show? Let us know your thoughts, opinions, and reactions in those comments below.

If any of our quotes here are used, please credit Ringside News for the transcription.