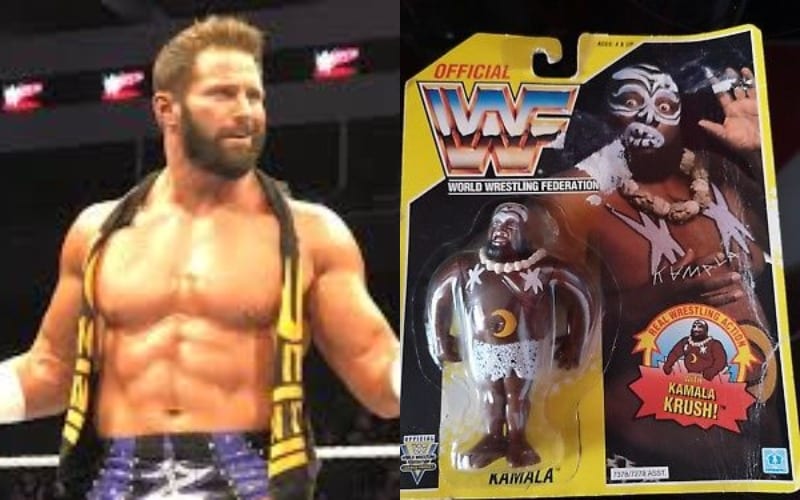 Kamala was a great addition to WWE back in the day. His gimmick would draw a lot of criticism nowadays though. He had an old-school action figure put out for him and for some reason they changed their mind mid-way through.

Only a very rare amount of Kamala Hasbro action figured were made with a moon on his belly. The rest had stars on them. This legend was recently brought up on a popular action figure social media account.

However, Zack Ryder knows his action figures and he wanted to make sure everyone knew that the pictures were not the genuine article.

Zack Ryder knows a lot about WWE action figures. He has his own Major Wrestling Figure podcast to prove it. So it’s good he was able to alert fans of this error.