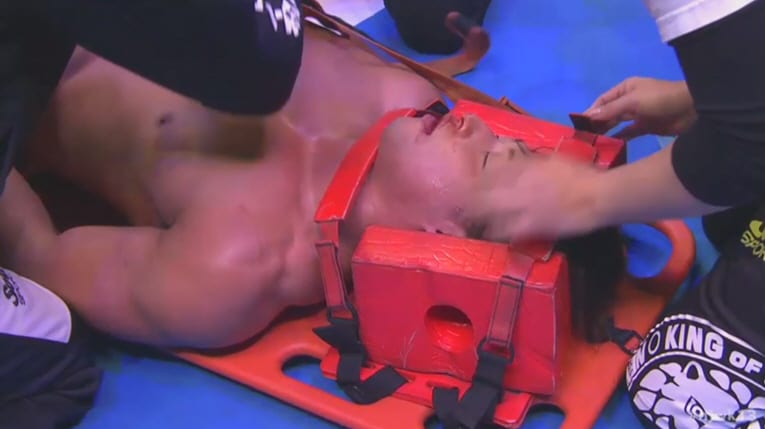 Wrestle Kingdom 13 was a pretty exciting night especially if you like watching title changes. Every match where a title was on the line saw a new champion and this was no different for Kota Ibushi and the NEVER Openweight Title.

Ibushi and Will Ospreay opened up the Wrestle Kingdom 13 card and they had quite a fast-paced battle. During that contest, Ibushi unfortantely suffered a concussion.

NJPW.com reports that the star did suffer a concussion due to this match. There were a couple of spots where he took a good whack to the head, so the damage was certainly done.

His condition is “not described as serious,” but any kind of concussion is still concerning.

Hopefully, Ibushi will be able to heal up so he can get back to work and not miss much time off. However, in 2019 everyone is paying very close attention to concussions no matter which pro wrestling company you’re working for.