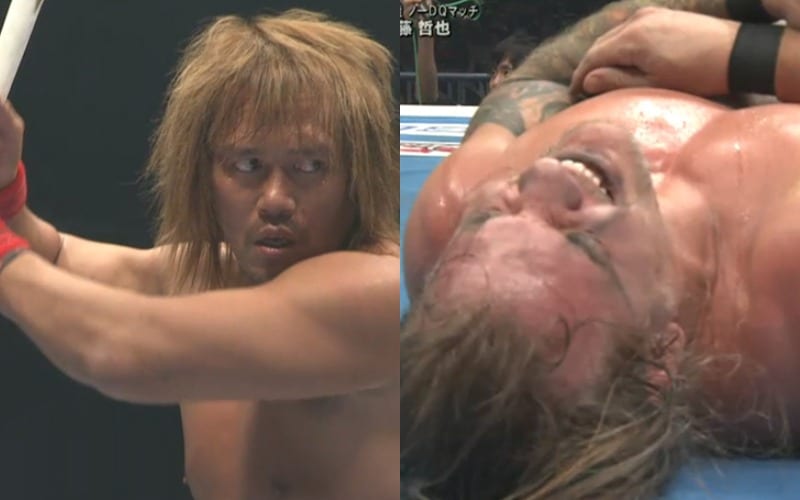 Chris Jericho walked into the Tokyo Dome for Wrestle Kingdom 13 as IWGP Intercontinental Champion, but he did not leave with his title. Tetsuya Naito and Jericho went through a war and in the end, Naito was victorious.

During that brutal contest, Jericho suffered some pretty stiff kendo stick shots. He’s been beaten with a kendo stick before, but not in 2019.

After the match was over, Y2J seemed very proud of the marks left on his body as he showed them off on Instagram.

You never know where Chris Jericho could show up next and with NJPW’s New Year’s Dash coming up very soon he could always pop in and start a new program. However, Y2J could always make an elite decision for himself if you know what we’re getting at.