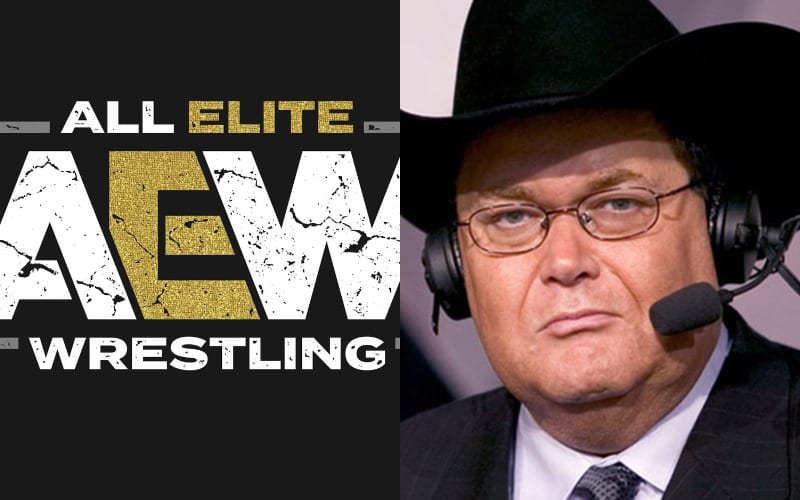 All Elite Wrestling is making a lot of headlines. They are reportedly talking to Time Warner about a television deal and many important names such as Goldberg and Chris Jericho are rumored to be a part of the company as well.

Jim Ross’ name has been attached to AEW since the news first broke about the company. He recently addressed this during The Ross Report where he continued to deny the reports. In fact, he doesn’t know what he’s going to be doing because celebrating his 67th birthday next week seems to be all he cares about.

“My name’s been bandied around because my WWE contract ends in March. So what? I don’t know what I’m going to do. I’m not really concerned about it. I’m more concerned about celebrating my 67th birthday this week. I don’t know what the future holds. It’s not something I worry about. Many aspects of that are things I cannot control. I’m not going to invest a lot of time in drama and put my skin in the game  something I can’t control or influence.”

As times goes on maybe Jim Ross will admit to his involvement. Ross said that he met with Tony Khan briefly in Long Beach during NJPW’s show for a couple of beers and talked about wrestling. However, this was long before the AEW idea was a thing. He also said of Khan:

“[He is] very very smart. Very introspective. Very analytical. Very guarded and very prepared , but he’s a huge fan and he has a unique instinct and perspective on wrestling.”

He might have needed to pull some clever maneuvering to even discuss such a venture while under WWE contract. It’s understandable that JR would still be tight-lipped about this situation. We’ll just have to see when he finally comes clean because all signs point to Good ole JR being a part of All Elite Wrestling as well.