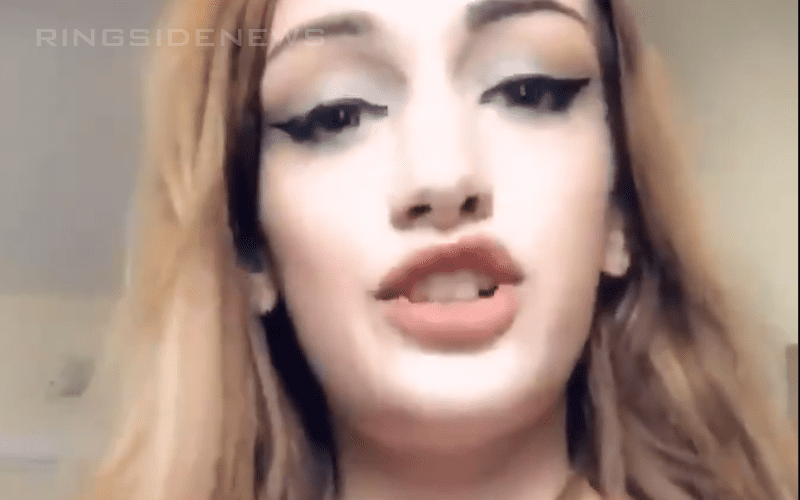 The pro wrestling world can be a pretty shady place. Not only are wrestlers in the public eye and at risk of having their private photos released like what happened with Toni Storm, but any number of things can happen as well.

Ava Whiteheart recently made an accusation that an indie wrestler was sharing pictures of just her backside to show other wrestlers what she looked like. She went online and started spreading the word. However, this did not go as planned.

It didn’t take long for people to come out against her for giving wrestling a bad name and calling for promoters not to book her.

She took great exception to this and fired back many times on Twitter.

“Least I got more for me than just wrestling… like being already, making music videos, all that fun stuff. You know. The stuff that makes real money. Not 250,000 a year.”

She has fired back at a few people while remarking that she loves the publicity. This is good news for her because this article exists now. You can check out some of the tweets from this controversy below.

Needless to say, the IWC isn’t lacking in drama today.