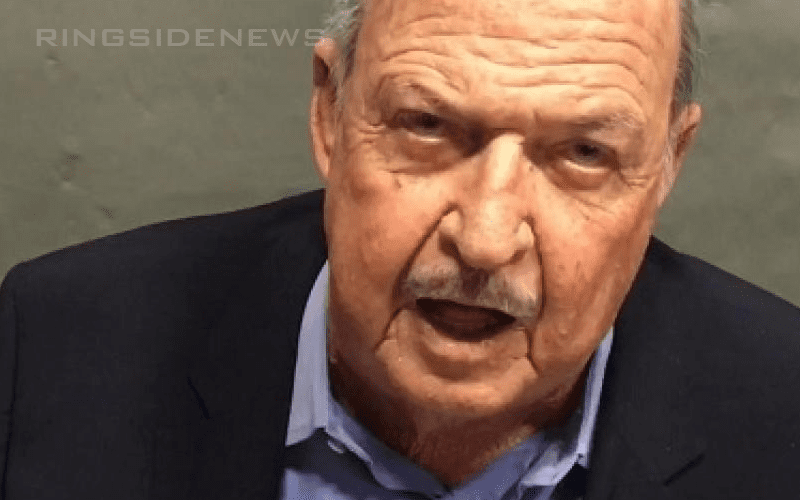 “Mean” Gene Okerlund passed away today and the entire pro wrestling word reacted in sadness. We now have new information regarding his sad passing.

Okerlund’s son Todd told Associated Press that his father passed away on Wednesday morning in a Sarasota Florida hospital near his home with his wife Jeanne by his side.

The WWE Hall Of Famer underwent three kidney transplants and his son says his father also fell a few weeks ago and “it just kind of went from bad to worse.”

The Star Tribune reports Gene Okerlund passed away around 5:30 am in an emergency room. Okerlund had “a lot of different issues” as well which contributed to his passing. He passed away due to natural causes.

Our thoughts and prayers are with the entire Okerlund family at this time as they deal with this difficult event.