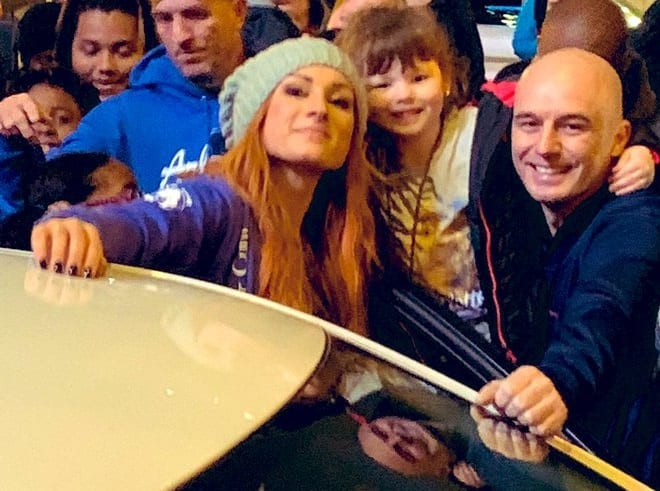 Becky Lynch obviously loves her fans. They are the reason why she’s The Man in WWE. She had a hard night at work as she puts in the work every time she’s in the ring, but she couldn’t leave a group of fans hanging in Baltimore.

Lynch stopped the car and hopped out for a group selfie or two with the fans. Yes, some people just wanted an autograph for eBay, but Lynch has some really great fans willing to wait a long time to see her.

This is just another reason why she’s rolling into 2019 with a ton of steam under her belt, even if it’s not a championship title belt.

Hopefully, she will continue this kind of activity, but as she gets even more famous a random public appearance could become a rather dangerous prospect at times.