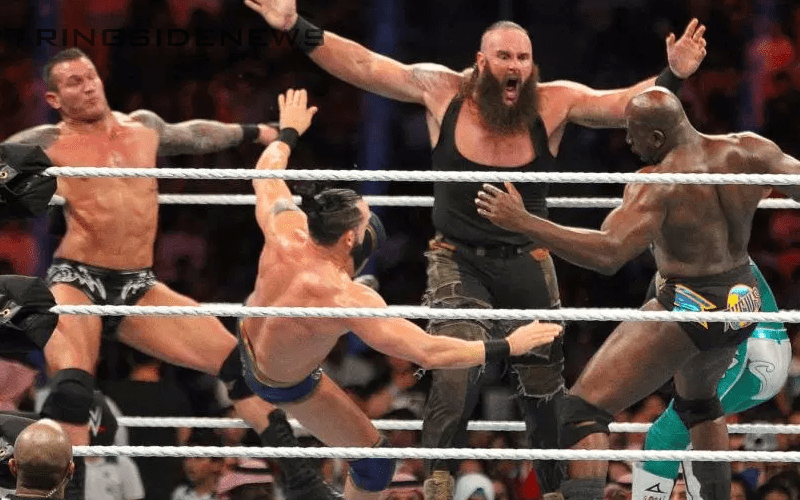 WWE’s Royal Rumble event is going down on January 27th at Chase Field in Phoenix Arizona. This article doesn’t contain any spoilers from that event because it hasn’t happened yet, but RAW is going on right not for next week in Detroit tonight. If you’d like those spoilers here.

There was a big Royal Rumble advertisement on the screens during RAW tonight which highlighted a match stipulation in a big way. The winner of the Royal Rumble may face a champion from whichever brand they choose.

This is a rule that WWE has used before, but we’re told the way WWE has arranged the graphic that this rule is certainly highlighted.

It could be an interesting sign as both Becky Lynch and Charlotte Flair are trying to get to Ronda Rousey who is currently the champion on the opposite brand.