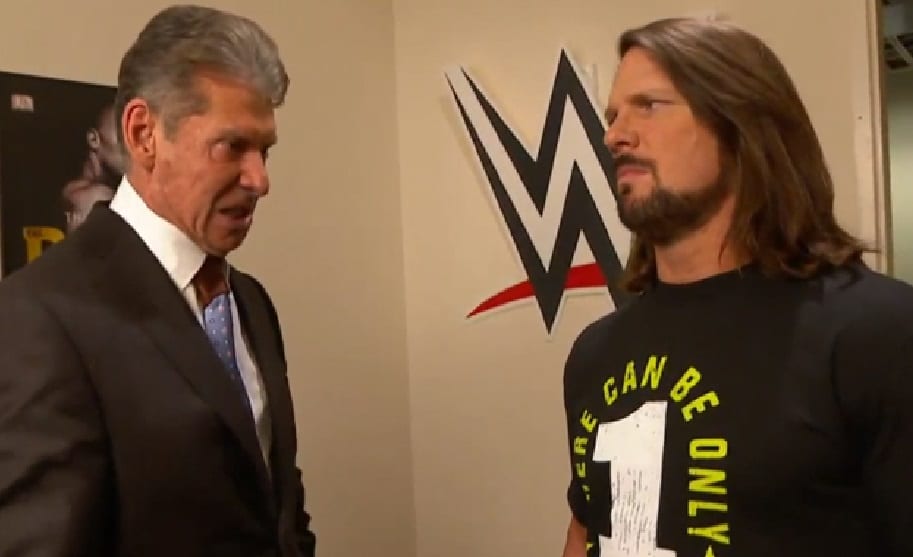 WWE SmackDown Live ended in a rather surprising fashion this week. Nobody expected AJ Styles to punch Vince McMahon. To be fair, Vince was asking for it when he slapped AJ first.

Wade Keller noted on the PW Torch SmackDown Live recap that this interaction could be a sign that Styles is on his way to the next level in WWE.

“I guess Vince is trying to bring out a more aggressive version of Styles and give him a bit of a McMahon rub, we’ll have to see where this goes. I guess Vince thinks he can have kind of the Midas touch getting AJ to the next level because AJ has been too nice lately.”

“This is just another Ruthless Aggression speech from fifteen years ago and the ‘Puke thing’ (‘He’s gonna puke, he’s gonna puke”) [from Beyond The Mat}. It’s just this window into this odd Vince McMahon personality, but it’s just strange watching Vince do it where it just feels brittle and weird, I don’t know.”

Keller went on to further note that McMahon has always been weird and it’s not hard to argue with that. At this stage in his career, Vince McMahon is coming back for a New Era. Apparently, AJ Styles could have a new lease on his character as well.