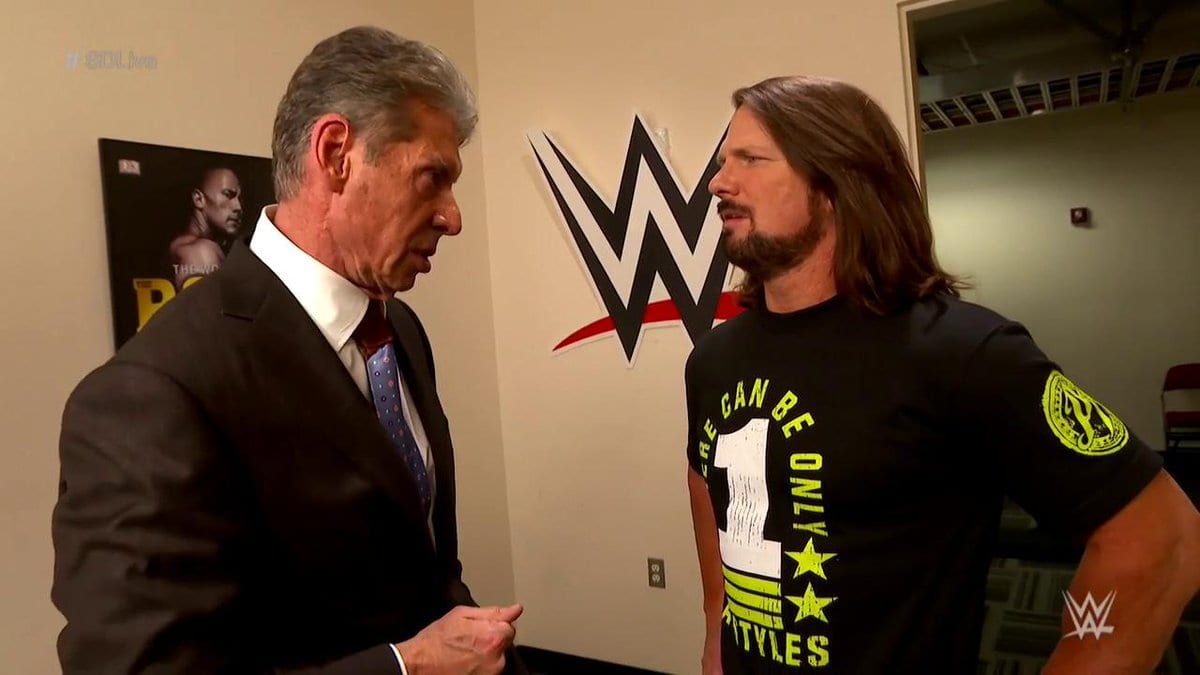 SmackDown Live ended in a very interesting way on Christmas Night. After Rusev became the new WWE United States Champion, AJ Styles ran into Vince McMahon backstage. It was interesting how they had a poster of The Rock positioned in between the two of them as they spoke.

Vince McMahon said he knows AJ has a black hole inside of him and he wants him to harness it. He said there was an animal inside Styles and it’s eating him alive.

McMahon said he wanted to see that animal. Then he slapped The Phenomenal One. Suddenly, AJ Styles laid a forearm into Mr. McMahon’s head and sent The Chairman to the floor.

It didn’t take long for officials to break it up and send AJ Styles along his way. When someone asked Vince if he was okay, “Yeah, I think I’m good… I think I’m good,” was all he replied.

This is getting very interesting, we’ll just have to see how this storyline shapes up as we roll into the new year.

WHAT did @AJStylesOrg just DO?! #SDLive pic.twitter.com/jeNGwB9hCf