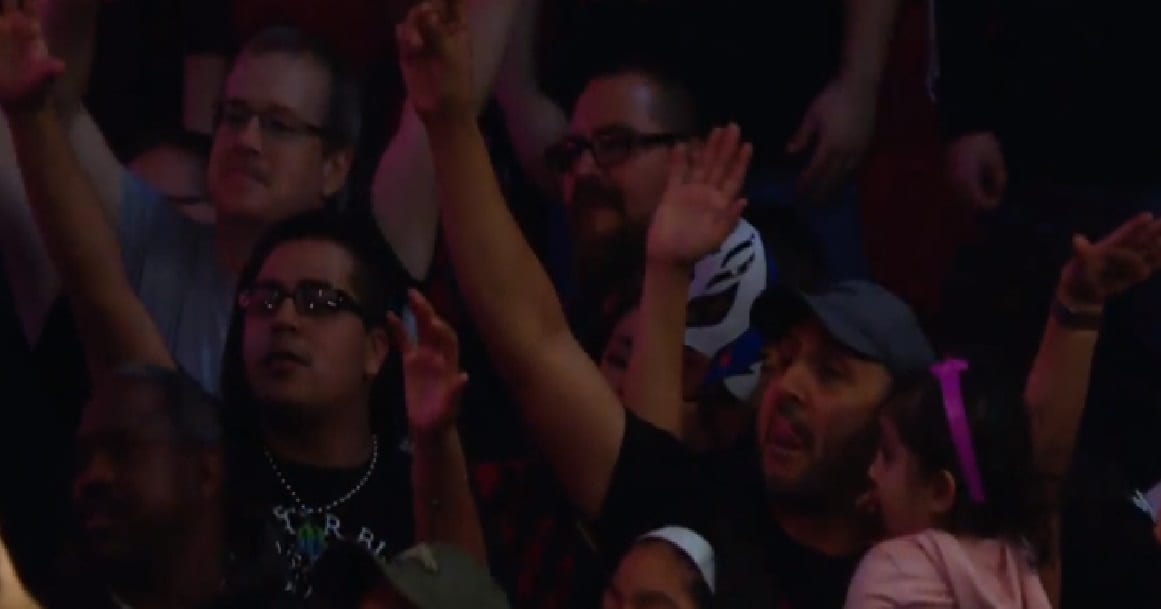 WWE’s Christmas Day SmackDown Live consisted of several angles that the crowd seemed to be with 100%. The only issue is that WWE constructed a false situation in Fresno.

Wade Keller said on the PW Torch WWE SmackDown Post-Show that although the fans sounded to be very happy to be at a Christmas Day SmackDown Live taping, this was not the case at all because most of them were dog tired by the end of the night.

“There was a completely comatose audience visually but an incredibly enthusiastic audience audibly for two straight hours in Fresno California.”

“From on-site reports, a lot of the crowd left and they were exhausted. There were fans yawning and sitting on their hands but you’ve never heard a more enthusiastic crowd.”

It was noted that the crowd seemed to be totally with WWE’s booking for a reason. Because if you “de-code that” then the answer is pretty clear that WWE piped in a lot of crowd reaction throughout the show.