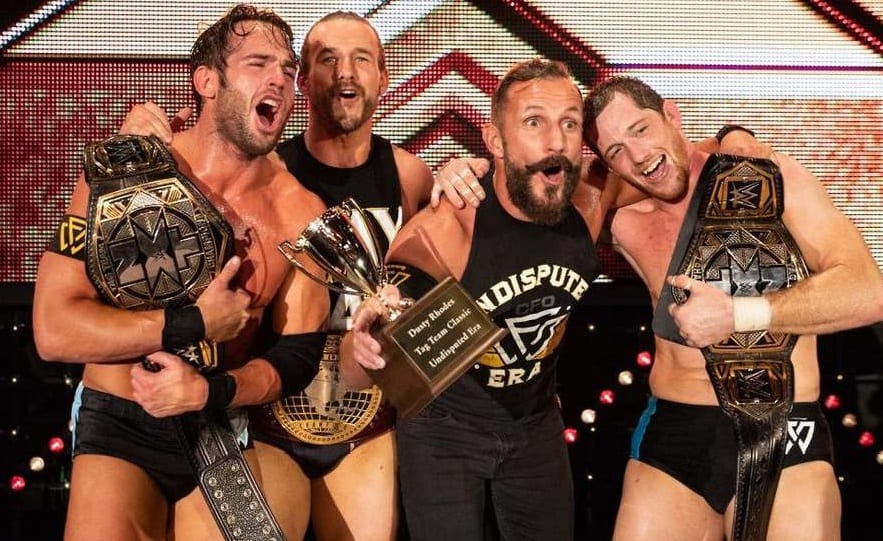 WWE has a new wave of NXT call-ups on their way to the main roster as part of Vince McMahon’s New Era in WWE. It’s a pretty generous assortment of people and it seems like WWE was going to bring these people up in January anyway.

However, the Undisputed Era is not on their way up to WWE at this point. Some fans are hopeful that the Undisputed Era working the WWE Madison Square Garden event this evening means that they are being poised for a main roster call-up.

As Matt Riddle said on E&C’s Pod Of Awesomeness of his MSG “de-butt.”

“I believe [it’s a 10-man tag match]. I believe it’s the Undisputed Era and Tommaso Ciampa vs me, Aleister Black, Velveteen Dream, Pete Dunne, and Ricochet. It should be fire and it should be easy because there’s 10 of us so there’s only so many people you can hit.”

WWE is just filling a spot with NXT Superstars at MSG and it’s a star-studded match as well. The Undisputed Era will hopefully find their way up to the main roster eventually, but it’s not happening so soon.