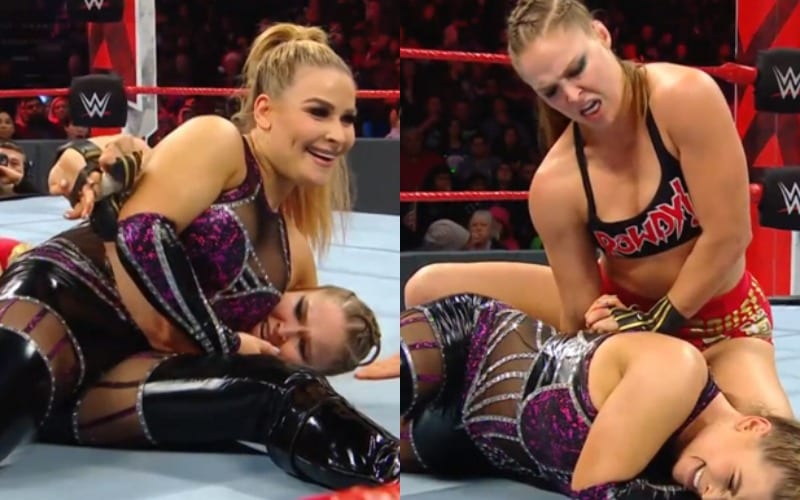 Ronda Rousey defended the RAW Women’s Title against Natalya on the Christmas Eve edition of RAW this week. The two had a longer match which told a good story. Then Rousey made her friend submit to the armbar after some drama and trading holds.

Dave Meltzer revealed on Wrestling Observer Radio that this match was impressive for a very good reason. It was not extensively choreographed like so many Rousey matches are. Instead, they went very old-school with this match and called it in the ring.

“You want to know a secret about that match? Did you know that match was called 100% in the ring? Yep.”

Meltzer noted that the match “reminded me of a Chris Jericho match,” by the way they told the story in the ring.

If you were impressed with Ronda Rousey and Natalya’s work, you’re not the only one. Consider the fact that the two women had to go out there and call the match in the ring and it makes it even more impressive.

To add another backstage element to this match, Nattie had to participate in a gauntlet match about an hour before she hit the ring to wrestle for the RAW Women’s Title. This is why they call her the Queen Of Harts.