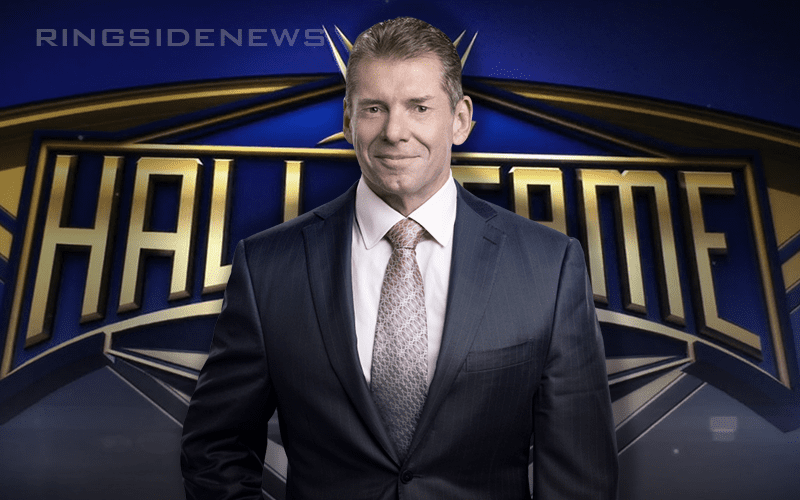 “Vince McMahon will be in that Hall Of Fame as soon as he passes away, we all know that. He’s not gonna put himself in because he’s already given himself enough awards. Like when he gave himself that award at Madison Square Garden for being the genius who created WrestleMania… that was awesome.”

It seems like we know when to expect Vince McMahon’s Hall Of Fame induction. At this point though, he’s still plenty active at 73-years-old so here’s hoping for his sake it will be a long time before his name is featured on the list of people receiving a place in the WWE Hall Of Fame.
If you use the quotes in this article credit Ringside News