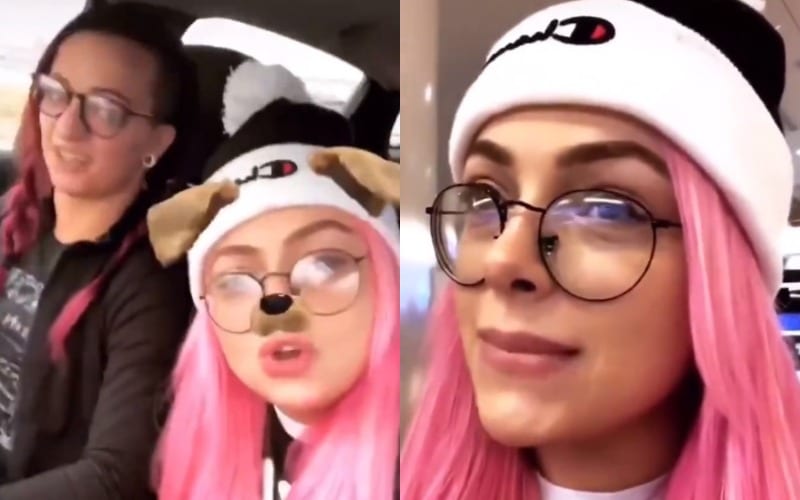 Sarah Logan and Raymond Rowe are set to be married tomorrow. It’s a happy event and we wish them the best. Logan’s Riott Squad sisters couldn’t miss the nuptials either.

Liv Morgan has been keeping fans updated on the event so far. At this point, they’re just traveling, but it’s been fun to get a peek at them on the road.

They’re obviously excited for Sarah even though they can’t believe that she’s’ going to be married.

Hopefully, their Viking themed wedding will be a smooth one when it goes down tomorrow. After all, when you have the Riott Squad around they’re prone to be equal opportunity agitators.