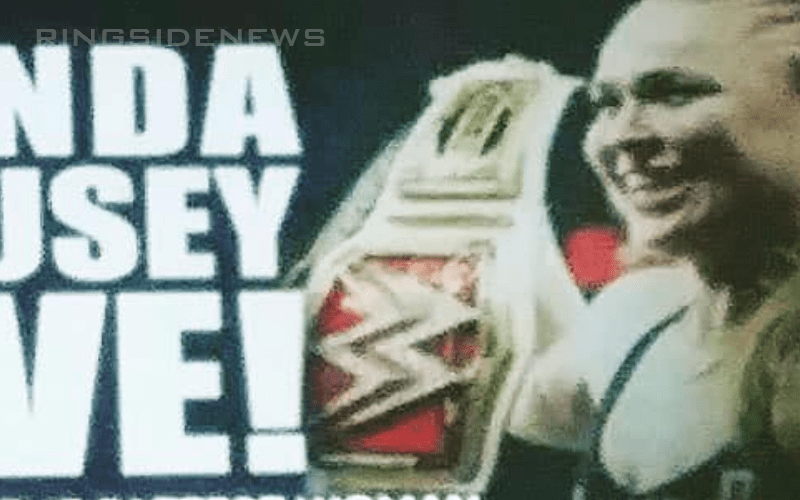 Ronda Rousey is the Baddest Woman On The Planet. WWE puts that on t-shirts. It’s something she’s known for. She got that moniker in WWE after coming in from UFC where she had a good run and was instrumental in furthering women’s MMA fighting. Someone needs to tell the closed captioning people though.

I’m not quite sure what kind of show the closed captioning service thought WWE was running, but apparently, when Corey Graves called Rousey “The Baddest Woman On The Planet,” they thought that he said something totally different.

So the words on the screen read “Fattest Woman On The Planet” for those hearing impaired fans.

Corey Graves couldn’t help but have a good laugh at this big mix-up. “DEFINITELY NOT what I said, but I’m laughing too hard not to share this!” Graves wrote on Instagram.

Maybe they need some WWE fans in the closed captioning department.