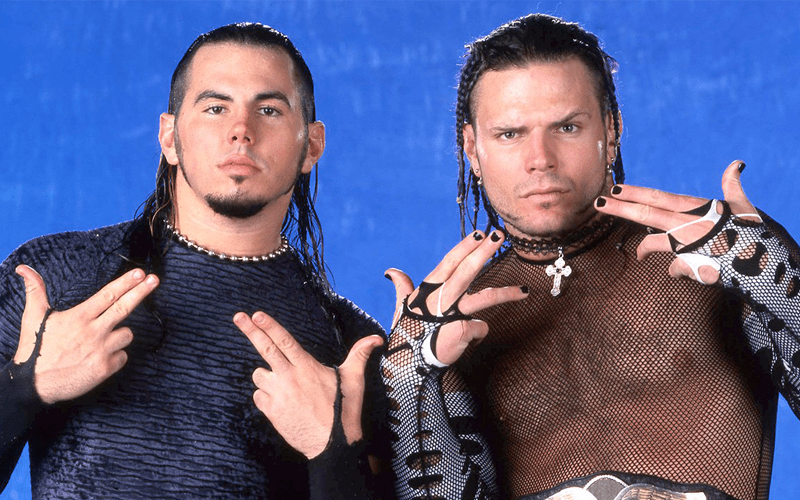 While touring in India, Matt Hardy was exclusively interviewed by Zerxes Wadia, where the former RAW Tag Team Champion explained how he and real-life brother Jeff got their credibility in wrestling, and which Superstar he has most enjoyed working with in tag team action besides Jeff.

Hardy was asked to explain what the best advice he ever received about the business was. This led the “Woken One” to reveal that Michael Hayes had taught him how he and Jeff could gain credibility as performers. According to Hardy, Hayes said that beautiful moves and flips can get you started, but what truly matters is making the fans feel immersed- as if Jeff or Matt could beat them up, given the chance.

“The best advice anyone in the business as ever given me was Michael Hayes. Back when we were first put with him and we were going to get an opportunity to move up he said to me, ‘Sure, you and Brother Nero can do all these beautiful flips and moves and he can jump off your back doing the lovely poetry in motion, but do they really believe that you could beat someone? I need to be looking at you from the front row and knowing you guys can do all these cool maneuvers but also can beat me up.’ That was a way that helped us gain credibility.”

Besides Jeff himself, Hardy cited Bray Wyatt as his favorite tag partner. This is interesting, given that Hardy and Wyatt were Champions together earlier this year.

“I would say my favorite tag-team partner other than Brother Nero would be the Consumer of Terrestrial Entities, that would be Bray Wyatt. As far as favorite title reign, that’s a very hard question. They are all very meaningful. I would say the one where we (Brother Nero) returned to the 33rd edition of WrestleMania. It was very special because that was a magical moment.”

Also of note, Hardy explained that it was his brother who has been his most formidable opponent. The two brothers have faced off countless times in multiple promotions over the year. This includes WWE, Impact Wrestling and numerous independent promotions.

“Brother Nero. When we are together as a team we make magic, but as opposition, he is a very hard person to handle. His vessel is very durable. He’s been doing all of these insane spots and things for over a quarter of a century. He may be indestructible.”

Do you feel as though we live in an age where credibility is defined differently? Had both The Hardy Boyz focused on flashy moves as opposed to believability, do you think they’d be as successful as they are today? Let us know your thoughts, opinions, and reactions in those comments below.