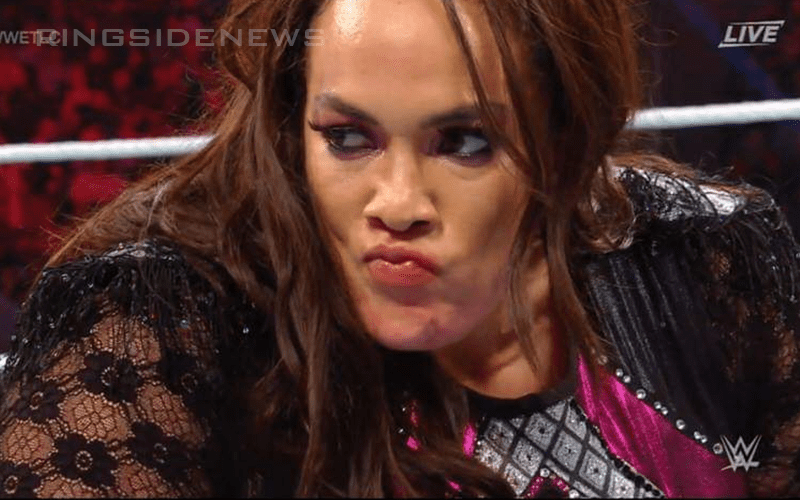 Nia Jax lost at WWE TLC in a match against Ronda Rousey. Then after the defeat, Becky Lynch laid Nia out backstage for breaking her face and talking about her. This wasn’t the best way to leave Nia Jax, especially considering the fact that she didn’t show up on RAW at all the next night.

If you’d like the full Christmas Eve spoilers for RAW, you can get those here, but you won’t find Nia Jax.

One fan remarked at Jax saying: “week off, she already didn’t work this week or the pre-taped for next week, as usual, Nia gets a push then takes a long vacation.”

Jax obviously read this tweet and came back with one of her own. “Yup!!! At least you know the drill mama needs some R&R. Keep tweeting about it, it’ll get you nowhere, but I’m surrrre it’ll make you feel better,” she replied.

Nia Jax seemed pretty confident about being left off of RAW for the next two weeks following her RAW Women’s Championship match. However, we have to wonder if all that reported backstage heat might have finally caught up with her after the title match she was promised by winning a battle royal at WWE Evolution is out of the way.