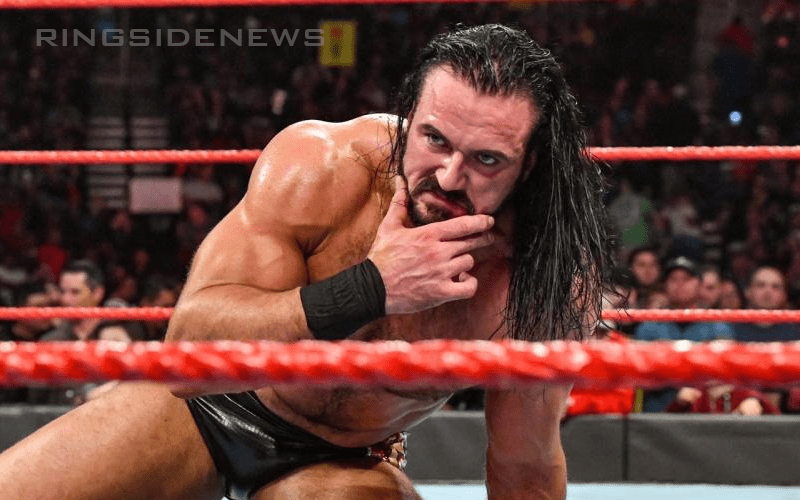 Drew McIntyre’s second run with WWE has a lot of promise attached to it. He is a threatening menace as a former NXT Champion and he just recently suffered his first loss on the main roster… then he lost again.

If you’d like the full spoilers for the Christmas Eve episode of RAW, you can get those here but suffice it to say it wasn’t a good night for McIntyre then either.

“I just felt in the last could of days that Drew is starting to become one of the guys,” Dave Meltzer said on Wrestling Observer Radio. It was noted that Drew has been defeated a couple of times recently for no reason which can’t help his push.

Hopefully, WWE has big plans for McIntyre. We’ve been hearing that he’s earmarked for a big push soon enough. WWE has dropped hints of it, and then he started to lose. We will have to wait and see if things pick back up after the happier Christmastime period is behind us, but it seems like WWE might be letting Drew McIntyre’s fire cool off a bit.