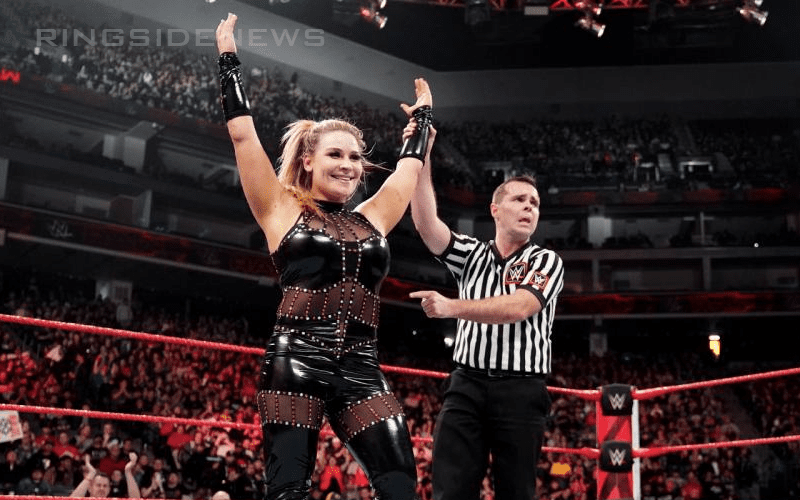 WWE superstar Natalya has issued a statement in the wake of her big win on Monday Night RAW last night.

Fresh off of her victory over Ruby Riott at WWE TLC, the Queen of Harts won a Gauntlet Match to set up a long awaited showdown with Ronda Rousey. She’ll face off against the former UFC Champion next week for the RAW Women’s Championship, in a match that was pre-taped last night.

As much as people have complained about Nattie’s booking as well as her character work in general, it seems as if the general consensus is that the two women will have a great match for the fans in attendance and those watching in the WWE Universe.

Last night I competed against some of the greatest women wrestlers in the world to determine the number one contender for the #Raw #WomensChampionship championship. Moments like this remind me why all of the blood, sweat and tears are so worth it. pic.twitter.com/6jVIazXKEN

The following statement is interesting, given that she says moments like this remind her of why it’s all worth it. While that isn’t an indication that she’s thought about retirement, she’s certainly one of the more tenured members of the main roster at the age of 36.

While it’s entirely possible that she’ll continue to wrestle into her 40s and beyond, we’d be interested to see whether or not she maintains a full time schedule in 2019 or whether she cuts back at all.

She certainly has other ventures outside of the ring especially with Total Divas, although some fans seem to think that a heel turn could be imminent – especially if it leads to an even longer feud with Ronda somewhere down the road if she doesn’t end up capturing the title next week.