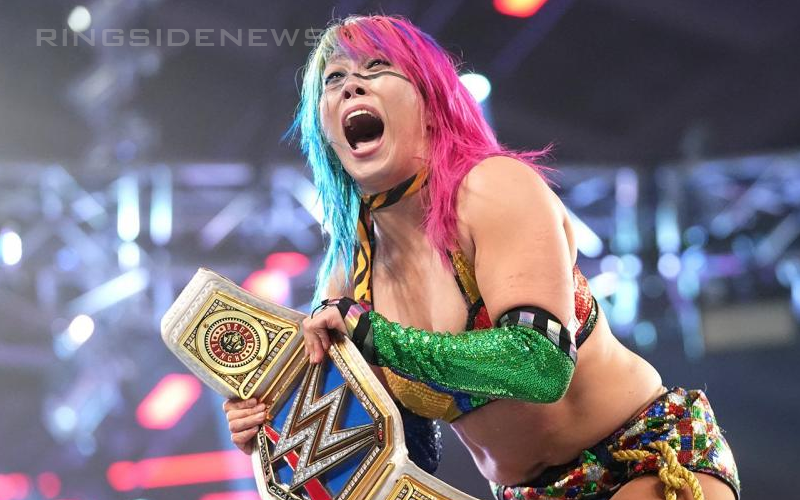 While most of the attention is currently on Asuka after she captured the SmackDown Women’s Championship last night, a lot of fans are already curious to see who her first challenger will be – and it seems as if Sonya Deville has inserted herself into the running.

Deville, alongside Mandy Rose, debuted last year with the returning Paige and made quite the impact from the word go. While many fans were initially hesitant to see her being called up so quickly, she has proved a lot of the doubters wrong during her first twelve months on the main roster.

Now, with the Royal Rumble right around the corner, Sonya has put her name forward as a possible contender to take on the new champion.

First off congrats to the new champ @WWEAsuka well deserved! BUT correct me if I’m wrong, a few weeks ago I went toe to toe wit Asuka to be the last two remaining in the battle royal to qualify for that match last night… I want Asuka! Let’s go champ

While it seems unlikely that she’ll be given an immediate opportunity, there’s always the possibility of Sonya taking on the Empress of Tomorrow on SmackDown Live this week. If that turns out to be the case, then we can expect a response from general manager Paige imminently.

Asuka’s win last night was praised by many members of the WWE Universe, all of whom believe that it helped to erase the memories of her poor start to life on the main roster. For those who don’t know, she defeated Becky Lynch and Charlotte Flair at WWE TLC to claim the belt.

Sonya will more than likely be one of the 30 women that enter the Royal Rumble match in Phoenix, and at the age of 25, it would seem as if she has an extremely bright future in the business.