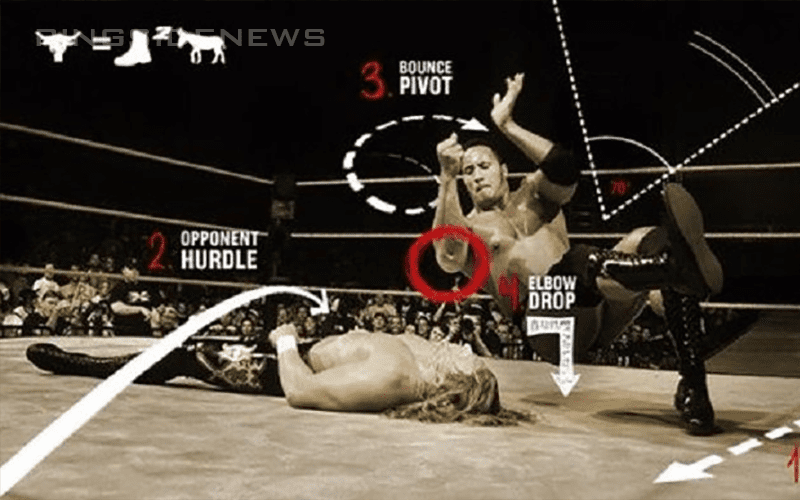 The Rock’s run in WWE was full of great one-liners and a lot of intensity. His electrifying presence is still infectious to this day, only he’s doing it on a movie set.

During the start of his run as The Rock in WWE, Vince Russo was there and he recently discussed the believability that Dwayne Johnson brought to the table during an episode of Truth With Consequences. The Rock even made the simplest move seem spectacular.

Russo said “we were so worked, Rock worked us” because Dwayne Johnson kept hyping the People’s Elbow up so much that he had Vince Russo actually believing in its devastating power.

They were going to write The Rock giving Vince McMahon The People’s Elbow and this caused Russo to exclaim that they can’t do that to the boss! Russo said that he had to be reminded that as theatrical as The Rock made it, The People’s Elbow was still just an elbow drop.

“The Rock made me as a writer believe that The People’s Elbow was that [powerful] Ed had to bring me back to Earth and say, ‘Vince, it’s an elbow.'”

The Rock still has the power today to make everything he does seem larger than life. If you spend a few minutes on his Instagram story, then you’ll quickly find out how big he makes a cheat meal look. We call him The Great One for a reason and Vince Russo knows that all too well.